Several years ago BGMC got in on the ground floor of an exciting project in Cuba to help train ministers and evangelists using the Global University BA program in Spanish. The goal was to enroll at least 3,000 Cuba Assemblies of God ministers in the fully accredited four-year BA program. Each Cuban student would go through the program via distance education and carry his or her entire program on a Kindle!

The very first Kindles were provided by BGMC. In 2014, the Cuba AG enrolled their 3,000th student in the program, and enough Kindles had been delivered to Cuba (using BGMC and Speed the Light funds) for EVERY student to have one! The Cuba Assemblies of God held two graduation ceremonies that year (the largest in Havana and the other in a smaller provincial city) where more than 100 Cuban ministers received their diplomas for a BA through Global University. Most of these students will have been using the first Kindles provided by BGMC several years ago! Thank you for helping us make this possible!

In addition to 3,000 BA-level students, there are another 1,000 Cuban lay workers going through a 36-course certificate program for Christian life and service. Many of these students will go on to toenroll in the Global University BA program. Please  pray for these students and their churches. Pray that God will use the great Cuban church in a mighty way around the world in the coming years!

These photos show two Cuban pastors studying their Kindles, and a stack of new Kindles being handed out at a graduation ceremony.

Thanks to the initial giving of BGMC for the Cuba project, we are now leaping over several major milestones. 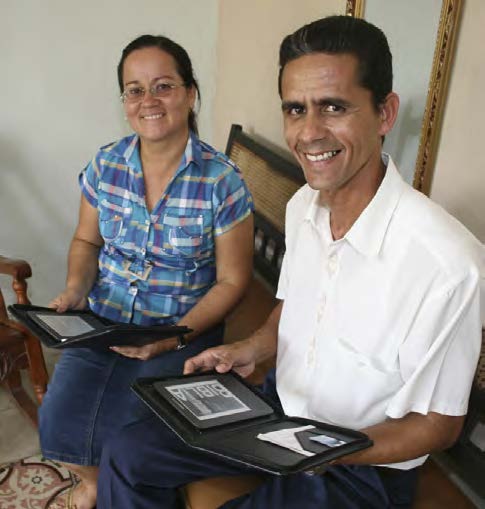 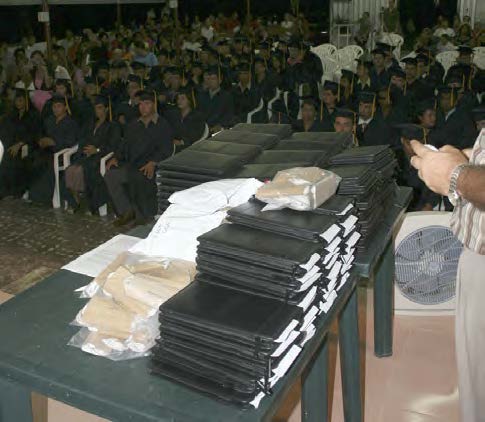