We have received a lot of funds from BGMC! I thas been a real blessing to us and to the church in Liberia.

The contributions have been used to rebuild the Owensgrove Bible School campus, which was completely destroyed during the years of civil war and the “bush” that had taken over the land (overgrowth). It has been a monumental task, but the Lord has helped us, and we are making progress.

It has been a joint effort with help from BGMC, Penn Florida District, Africa Tabernacle Evangelism, and workers from the Liberian church. We now have 7 structures up on the campus (not completed, but we are working daily on it). We were able to save the floor and walls of the chapel and classrooms. The rest of the buildings were built with mud blocks, so we had to take them down and start over. The chapel and classrooms now have a new roof and have been painted.

We are in the process of drilling two water wells (one with a hand pump that can also be used for the community and one well will have a solar pump to provide water for the campus). The only source of water has been a well quite a distance from our property, and two of our workers have come down with typhoid fever, so clean water on the campus and for the community is very important.

Thanks for all that you do for the kingdom, for Africa, and specifically for Liberia. We do appreciate BGMC! 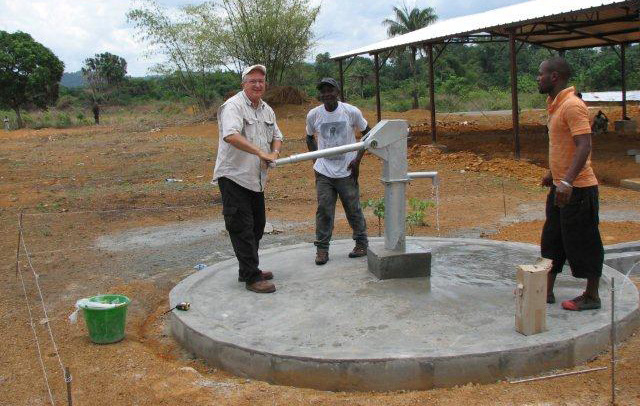