We wanted to say thanks to BGMC and the kids at The Chapel Assembly of God. We used the money given to buy some supplies for our monthly kids club, Fundag (Fun Day). We got decorations and costuming, games, a video projector, cables to use with an iPad for drawing a story while someone was telling it, and jewels that we could win back during the service.

I wanted to explain a bit further about the video projector. First of all, they are called beamers here because they beam onto the screen or wall. We love telling people that BGMC bought us a beamer. In the States, it sounds like a Beemer (BMW). We needed something that would work in a small room and still have a good picture. We aren’t able to use a screen because of space, and it worked perfectly taking up very little room because it has such a good throw to a screen/the wall. It’s exactly what we needed.

For Fundag we are using a pirate theme, and every month there is a different pirate to battle. The first time, we were battling Angry Pirate. We won back jewels such as friends, peace, health, and selfcontrol.

We had about 15 kids for our first meeting, and we expect more the next time. We had some children from the our church as well as several kids from the neighborhood. This includes a Muslim family whose father stayed during the club (having coffee with our workers). This father wanted us to put it on YouTube so he could show his friends. I am attaching some pictures from Fundag.

Thank you to all the kids who gave so more children could hear how Jesus helps us defeat anger and live life to the fullest! 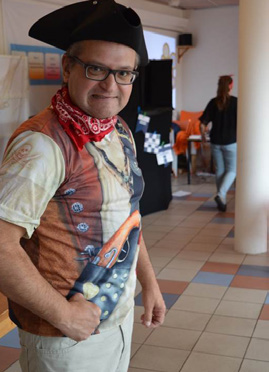 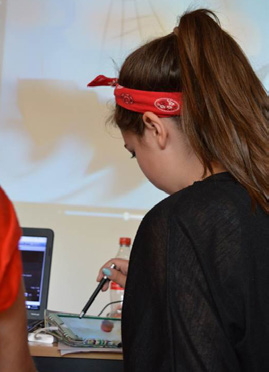 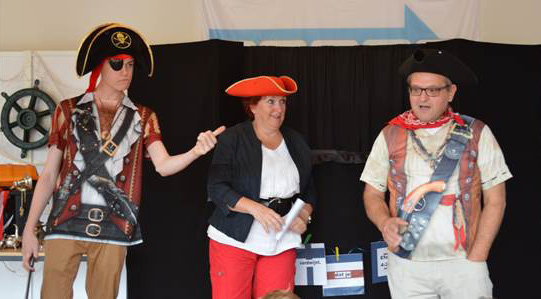