Worker Larry Smith was ready to start the last day of special meetings that he was holding some distance away from his home in Dhaka, Bangladesh. But just as the service was about to start, he saw a young man approaching. Larry recognized him as being from his church in Dhaka.

The man had traveled for two days to bring Larry a message, and it was not good news. Larry’s son Luke, who was three years old, had fallen and was bleeding from the head. That was all the man knew.

Larry knew he should get back to Dhaka as quickly as possible, and he was ready to leave immediately. But his friends said they couldn’t leave yet. The only way to travel
to Dhaka was by boat along the canals, but the canals were backed up because of the tides. The rivers and canals were running in the opposite direction, away from Dhaka, so there was no way they could travel yet. They would have to wait until the tide changed.

The men told Larry to go ahead and finish the last youth meeting, then at the changing of the tide they would leave. Larry agreed, but holding that meeting was very difficult for he did not know what was happening to little Luke.

Six hours later, Larry and his friends headed to a river where they would meet up with a “launch.” A launch is a boat that holds about a hundred people, but in Bangladesh they often overload the boat and squeeze in two or three hundred people or more. Every year there are stories in the newspaper of launches capsizing
and killing all the people.

The launch was six hours late. Larry and his friends stood for a long time, looking for the boat that wasn’t coming. Finally in the darkness of night, the launch pulled up. They dropped the gang plank, and people with bundles balancing on their heads clamored on and off the boat. Larry and his friends got on and found places to sit cross-legged on the deck in the wet, cold darkness.

Larry worried about Luke the entire way. He didn’t know if Luke was alive or dead, or if he would be permanently brain damaged. He began to feel doubts, wondering
if this might mean the end of his work in Bangladesh. Many questions filled his heart. He wondered why a loving God would allow this to happen. He had faced so many challenges since coming to Bangladesh, yet it seemed like God had forgotten Bangladesh. Didn’t God care about this place? Didn’t God care about Larry and his son?

Twenty-six hours later, Larry arrived home and met his wife, Sharon. As Sharon told Larry the story, she began to cry. Luke’s skull was fractured. They couldn’t move him anywhere because of the injury. After the bleeding stopped, a clear liquid had begun to flow out. This was the spinal fluid that surrounds the brain. Things did not look good for little Luke.

Larry went with Sharon to the hospital. As he walked down the hospital hallway, he had no idea what Luke would look like nor how life-changing the situation might be. He was afraid to see his own son.

But as Larry and Sharon entered the room and came near, Luke looked up and broke out in a big smile. He was going to be all right.

Larry doesn’t know at what moment God had healed his son, nor does he know whose faith God had honored. All he knows is that his own faith was shaken, but God proved faithful. Larry learned that God was greater than his own doubts. God had touched his little boy and healed him.

This story is provided by Duane Danielsen, along with Larry and Sharon Smith, and is used with permission from Assemblies of God World Missions. 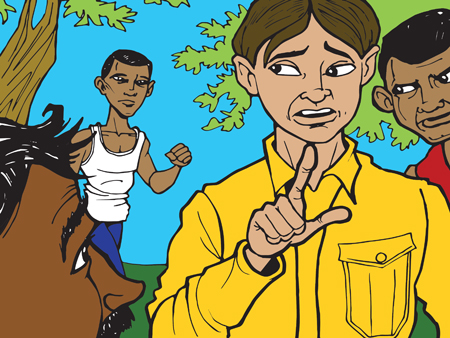 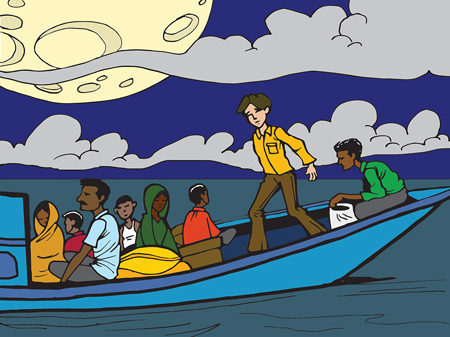 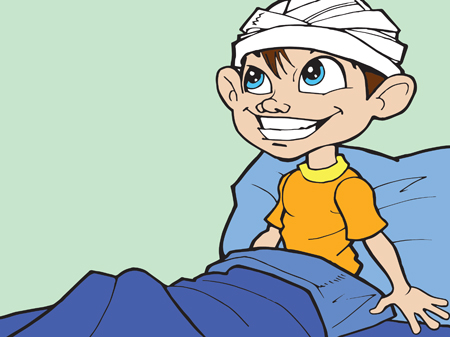