No rain had fallen for a long, long time. As a result, the crops were drying up and dying. If rain didn’t come soon, there would be no food for the people to eat.

Days passed and still no rain. Finally, Missionary Orla Spencer Boyer needed to get food for his family. They were missionaries in the northeastern part of Brazil, and the food in
their home was almost gone. Missionary Boyer knew something had to be done. So he set out on his mule in search of food.

He traveled for several days until he finally found a sack of rice and a sack of beans that he could buy. He loaded up the food on his mule and headed back home.

As he arrived in the town, he could see the looks on the people’s faces as they saw him carrying food on his mule. He had food. They had none. Where could they get food?
They had no money and no crops because there was no rain. They would starve.

Missionary Boyer knew he didn’t have enough food to feed everyone in town. All he could do was pray. Missionary Boyer and his family prayed to God for a miracle. Somehow, some way, God needed to provide food for the starving people of this town.

As they were praying, Missionary Boyer heard God tell him to put the sack of beans and the sack of rice in the window of his home. He then was to tell the people in the town to come and get what they needed to feed their families. This would mean that his family would have less to eat, but he knew God had spoken and he wanted to obey God.

The two bags of food weren’t enough to feed the whole town, but the missionary trusted God for a miracle. What would God do? As the people lined up at the missionary’s house, food was given out to each person. At the end of the day, the sacks were still full! Missionary Boyer could hardly believe his eyes. For hours he had given out rice and beans from the sacks, yet the sacks were still full. God had done a miracle!

The next day, people started lining up again for more food. All day long, food was given out to the people. Yet at the end of the day, the sacks were still full! This continued day after day, and the sack of rice and the sack of beans never emptied.

This continued for over a month until the rains came and the crops started to grow again. God miraculously provided for His people. Their lives were spared because God
provided food for them to eat. God showed the people of that town that He was real and that He loved them. Many people started to follow Jesus because of the great miracle that happened.

Information for this story was provided by missionary Mark Lemos and is used with permission from Assemblies of God World Missions. 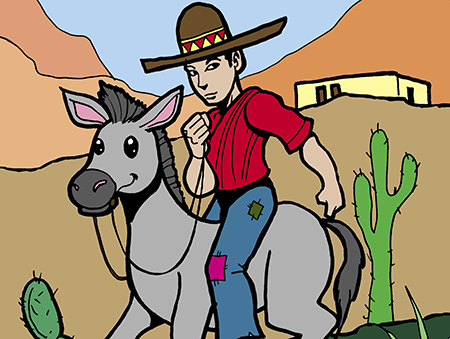 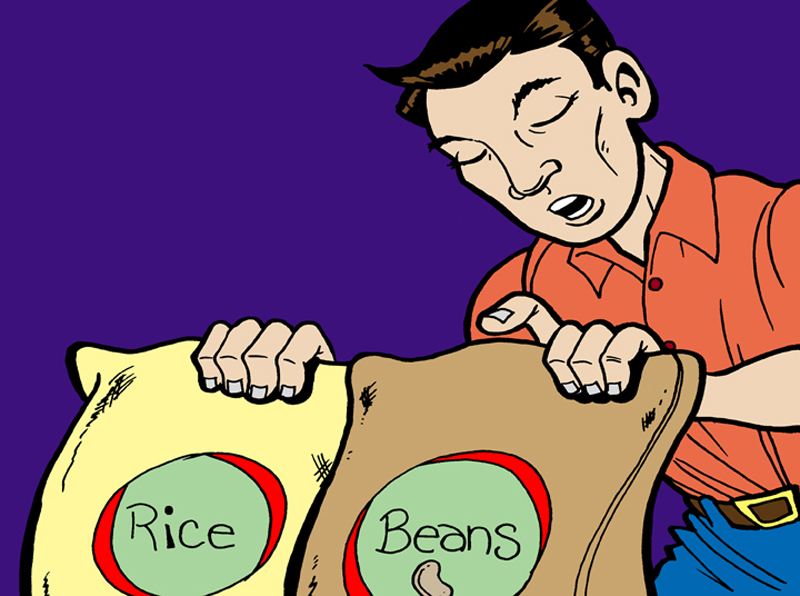 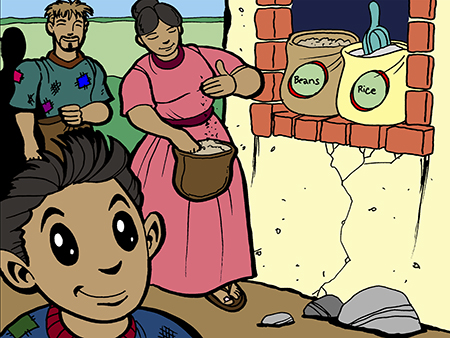