Kaus* stood at the base of a mountain, looking up. God is good, he thought as he gazed over the mulberry trees that covered the slopes. Like many of the Miao people who live in Northern Asia, Kaus is a Christian. He lives in a small village surrounded by mountains.

When the silkworms spin cocoons, the Miao people unwind the strands of the cocoons to make silk thread. It’s a simple living, but the people are happy and they trust God.

Kaus’s smile faded as he saw his friend Riam headed toward him. Riam carried a mulberry branch in his hands, and he had a worried look on his face. “What’s the matter, Riam?” Kaus asked.

Riam showed him the branch. When Kaus took a close look at the leaves, he saw some caterpillars on them. But they weren’t silkworms. This was another type of caterpillar, and they were busily munching on the green leaves. “Oh no!” Kaus said. “How bad is it?” “They’re everywhere,” Riam said. “They are covering all the trees. We must tell the village.”

“What will we do?” Kaus asked. “The caterpillars will destroy all the leaves. There won’t be anything left for the silkworms to eat.”

One villager said, “We can’t do anything, but God can. We must go to church and pray.” So all the villagers gathered in the chapel and called out to God for help. They didn’t return to their homes until late that night.

Early the next morning, Kaus got up and headed toward the chapel to pray some more. But on his way, he heard the Caw! Caw! of a crow. As he looked up into the gray sky, he saw a large flock of birds circling overhead. Suddenly the birds swept down on the mulberry grove and began feeding on the fat caterpillars.

The villagers were able to harvest the leaves later that summer and feed them to the silkworms. They knew that God had heard their prayers.

Information for this story comes from Marvels & Miracles, A Collection of Stories from a Century of AG World Missions and is used with permission from Assemblies of God
World Missions. 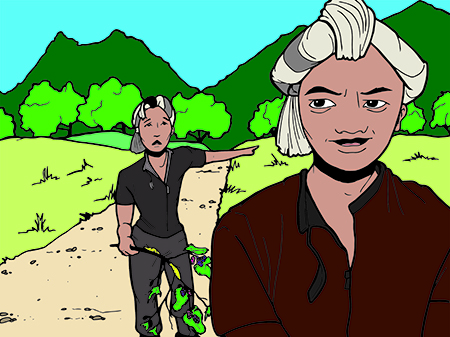 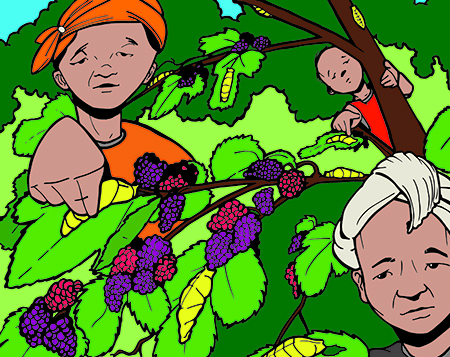 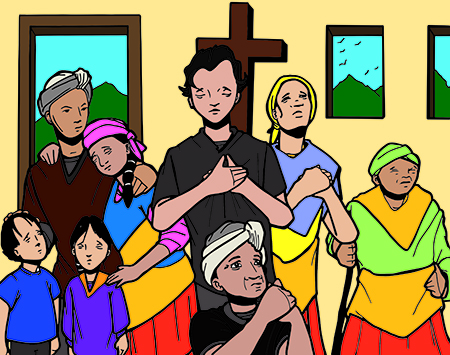