Now what do we do? missionary Don Triplett wondered. He stood looking at the huge crusade tent laying on the ground. Several large, heavy poles were attached to the tent, and they were also laying on the ground. Standing all around were the children of Castillo del Rey (King’s Castle Ministries) and a few older people. These were the only people Don had to help him raise the crusade tent. But the tent was too big—it was like a circus tent—and much too heavy. How would he hold his crusade?

Don and his wife Terri had founded King’s Castle Ministries as a way to reach and disciple the youth and children of El Salvador.

Teens are trained to minister to children by performing street ministry. They learn to become clowns, perform human videos, preach, do object lessons, and puppetry. Children who accept Christ are discipled and challenged to live for God. They too are taught to do street ministry to reach the lost.

This particular area of El Salvador desperately needed to hear the gospel message. But the tent was still on the ground. The children had tried and tried, but they couldn’t get it up. The tent was too heavy. The 10 to 30-foot long poles were too heavy. Don called his wife Terri and asked her to try to find more help. She said she would do her best, but neither Don nor Terri knew if help would arrive in time.

While they waited for help to arrive, Don gathered the children and began telling them stories. He told them Bible stories and stories of miracles God had done. Hours went by and still no help arrived. It would be dark soon, and the tent needed to be up by nightfall.

One of the kids said, “Let’s pray and ask God to help us set up the tent.” All the other kids quickly agreed. Don was a little skeptical.

Don prayed to God for help, then he continued telling the kids miracle stories. Soon a gentle breeze came. Everyone was listening to the stories and not paying attention to the tent. All of a sudden, one of the kids yelled, “Look at the tent!” When Don turned to look, he couldn’t believe his eyes!

The crusade tent was hovering above the ground with all the ropes tied tautly to the stakes. The poles of the tent were attached to the canvas, and they were dangling in the air. All the children started running toward the tent. Don’s first reaction was for everyone to stay away. He was afraid one of the tent poles would fall and hurt someone. The kids shouted that God was doing a miracle. To Don’s amazement, the tent and poles just hovered in the air at the exact height needed to set up the tent. He then realized that God truly was doing a miracle. Don started yelling out instructions to everyone as to what to do with the poles in order to secure the tent. In a matter of a few minutes, the tent was set up. Everyone stood back in amazement. Don called the King’s Castle office and told them not to send the additional team to help because God had already miraculously raised the tent.

For the next few weeks, evangelistic services were held in the crusade tent. Word spread everywhere of how God helped set up the tent. People came from all over to see the tent and to hear the gospel message. Many people got saved, and many lives were changed.

Now at Distrito Italia, El Salvador, where the tent was set up, people are still hearing the gospel message at the King’s Castle church. To this day, people still talk about “the tent that God raised!”

BGMC has been a big help to the Tripletts and King’s Castle Ministries. Thank you, kids, for giving to BGMC to help the Tripletts with the supplies they need to disciple the youth and children of El Salvador.

Information for this story was provided by missionaries Don and Terri Triplett and is used with permission from Assemblies of God World Missions. 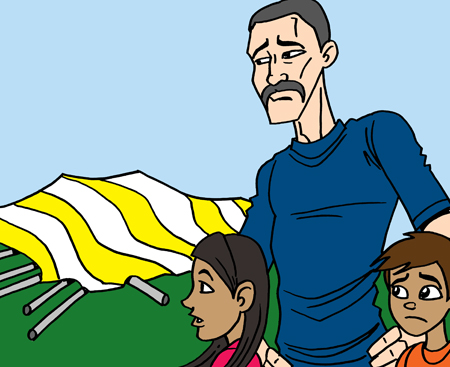 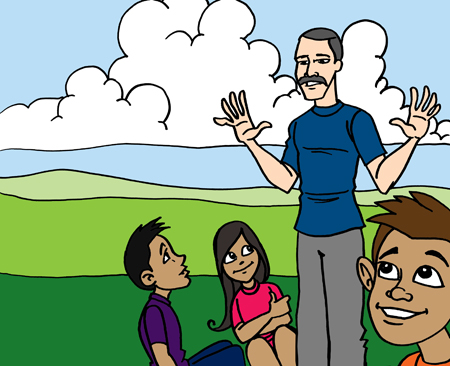 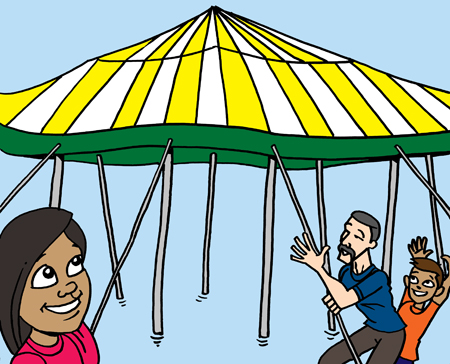