Do you ever feel like you are all alone in your faith in God? What if you were the only Christian in your whole school? Would you be able to stand up for God if you were the only one who truly believed in Him? Maria* is 11 years old and lives in Malta† with her dad, who is from Africa, her mom, her sister, and her brother. Maria’s mom and dad are pastors who work hard to tell others in their country about Jesus.

Maria was the only Pentecostal Christian in her school. The other kids in the school made fun of her and were mean to her because they thought she was part of a cult. One girl in her class was particularly mean to her and told her that she served a false god. This made Maria very sad, and she didn’t like going to school. She didn’t have many friends and found it difficult to make new friends.

During the school year, Maria’s mom invited the Assemblies of God ministry called Europe’s Children to bring a small team to Malta to perform a drama called The Puzzle in the schools across the island. The Puzzle consists of 11 colorful characters that present the story of Jesus and explain how He wants to be a Friend and Savior.

BGMC has helped take The Puzzle to many countries across Europe by providing the props and costumes. But The Puzzle had never been performed in Malta. The leaders at Europe’s Children agreed to come and bring a team of students. The only problem was that Maria’s parents couldn’t get permission to perform in the schools. The National Religion did not look favorably on the Pentecostal church and did not want to have anything to do with them.

With only days to go before the team was to arrive, they received a phone call from the director of education asking them to come to his office for a meeting. Maria’s parents didn’t know what to think of this. Her mom remembered the passage in Scripture where the Apostles were taken to the authorities and were able to speak with boldness. Maria’s mom knew that the Lord would be with them and would give them the right words to say.

To their surprise, the director of education began to explain that he wanted to work with their church to bring moral reform to the country. He gave them permission to perform The Puzzle in the local schools. They were to return the next day to get the permit. For awhile, it seemed like everything was going to work out.

But when Maria’s parents arrived the next day to pick up the permit, the person they were supposed to see was sick, and they weren’t allowed to get it. The team from Europe’s Children arrived, but they had no place to perform. Maria’s parents were not worried, though—they knew that God had a plan.

On Monday morning, Maria’s parents went back and got the permit, and the team performed in Maria’s school that day. During the performance, the director of education came in and saw the play. He was so touched by the play that he invited Maria’s parents and the team to come to the principal’s office to thank them for what they were doing. He then made some calls and got the team into even more schools for the week. In all, close to 2,000 students saw The Puzzle and heard about Jesus that week. In one school, the principal asked Maria’s mom to pray with the 800 students and lead them in a prayer of salvation—in a public school.

One little boy in Maria’s class had been very sad and depressed for months. After seeing The Puzzle, he went home smiling and singing. His mom told Maria’s mom that this play was just what he needed.

And the girl that had been so mean to Maria asked Maria to be her friend. The other kids in Maria’s class were very impressed that Maria knew the actors in The Puzzle. Because of this, they all wanted to be her friend.

Maria’s parents now have an open invitation to go into the schools and will be hosting another team to perform The Puzzle in even more schools this year. When we stand up for God, we aren’t alone. Maria continued to believe in God even when no one else did, and in the end, God gave her lots of new friends.

Information for this story was provided by Europe’s Children and is used with permission from Assemblies of God World Missions. 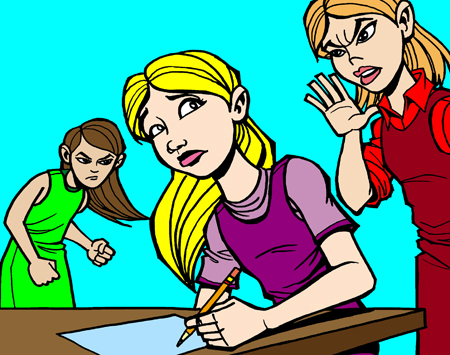 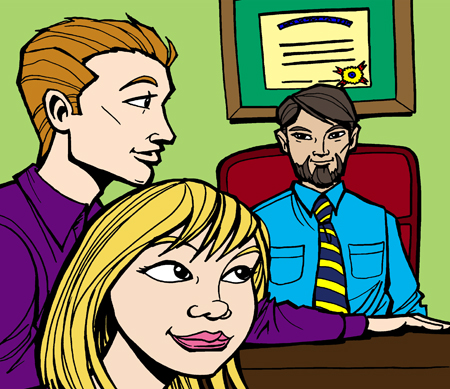 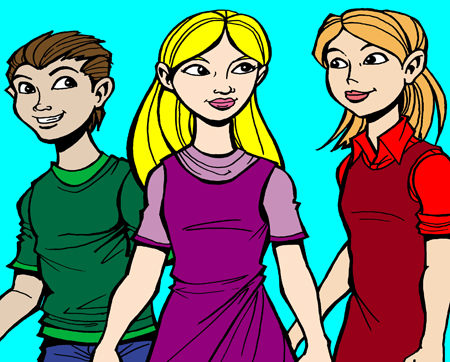