Deshmon walked down the long, dusty dirt road like he did every morning. He put a hand in his pocket to feel the 40 cents there. He needed that money every day in order to ride a bus to school and back. Finally he reached the place where the bus would come. He watched it drive down the bumpy road and come to a stop in front of him.

Deshmon’s family were Fijian Indian, and they were practicing Hindus. Every morning before school, Deshmon joined his father in saying chants before a small shrine that was in their home. Sometimes they would put a piece of fruit before the family “god,” hoping that the “god” would bless them.

One day at the beginning of the school year, Deshmon’s father said to him, “This Sunday there is a special children’s service in the village. The Assembly of God church said they will pray over the children to bless them in the new school year. I want you to go and get the blessing.”

Deshmon did as his father said. When he arrived at the service that Sunday, he let the church people pray a blessing over him. Many of them were holding special books that they called Bibles. They said the Bible was the Word of God.

Desmond wanted his own Bible. He wanted to read what the Christian God had to say. But he didn’t have the money to buy a Bible.

The next day as Deshmon walked to school along the dirt road, he wondered how he might get the money to buy his own Bible. As he felt the 40 cents in his pocket, he had an idea. If he walked all the way to school and didn’t take the bus, he could save that 40 cents every day! It would mean he’d have to walk an extra mile and a half there and then back again, making his daily trip over five miles. But it didn’t matter. Getting a Bible was worth it to him.

When Deshmon brought his Bible home, his parents told him that he should read from it every evening. Deshmon did just that, and sometimes he read to his parents, too. As a result of reading God’s Word, Deshmon and his whole family became Christians!

Because one little boy was willing to walk five miles a day to and from school just so he could buy a Bible, an entire family came to know the Jesus of the Bible.

This story comes from missionaries in Fiji and is used with permission from Assemblies of God World Missions. 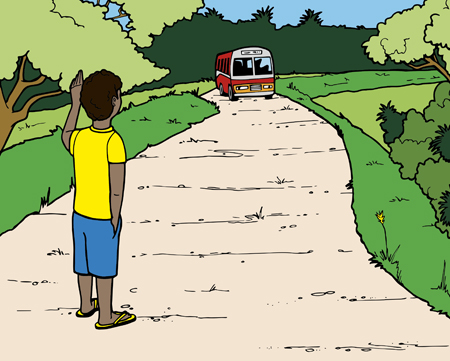 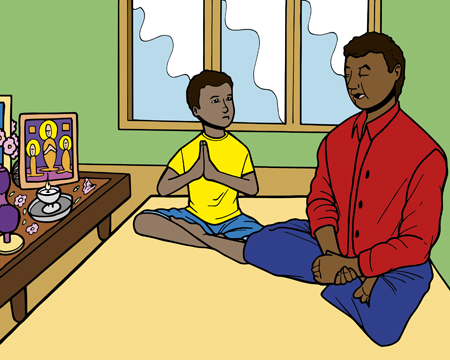 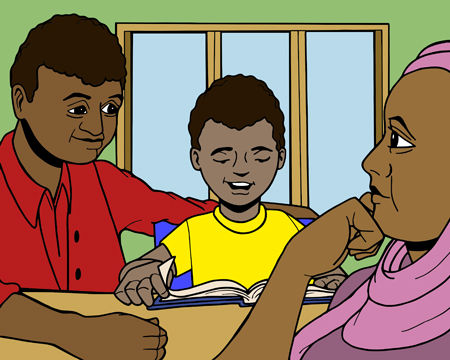