Melody was only seven years old when her parents were called to be missionaries to New Caledonia. New Caledonia is a group of islands in the South Pacific, located east of Australia. When Melody arrived with her family in New Caledonia, she found it to be a very beautiful place—with sandy beaches surrounded by turquoise waters.

But despite how beautiful the area was, Melody felt troubled. Very few people there spoke English! The people spoke French, which Melody did not know. Melody would have to start school in a place where all the children spoke French. She didn’t know anyone in the school, and she found it hard to make friends since she couldn’t talk to anyone or understand what the other children were saying. She tried very hard to learn this new language, but it was difficult for her. Melody felt very lonely.

When they first came to New Caledonia, Melody’s parents, David and Shirley Martz, had taken with them something very special—videos created for children by International Media Ministries, or IMM. In French, the programs are called “Boulevard des Enfants,” which means “Children’s Street.” The videos have wonderful puppet shows and activities to share the story of Jesus and His love for children everywhere.

Melody was still trying to make friends in her new school, but since she couldn’t speak French very well, she decided to try something different. She invited some kids to her house to watch “Boulevard des Enfants” together. They all had fun, and thanks to the videos from IMM, Melody was able to start some new friendships.

One new friend that Melody made was named Chloe. Chloe liked the shows so much, she came home with Melody day after day, eager to watch the puppet programs that told about Jesus. One day she said to Melody in French, “I want Jesus to be my best friend too.” Melody understood what Chloe was saying, but she didn’t know French well enough to help Chloe. So she called to her mother and said, “Mom, come and help me!” Melody’s mother joined them and prayed with Chloe for Jesus to come into her heart and become her very best friend. Chloe gave her heart to Jesus that very day!

Not long afterward, it was Chloe’s birthday. When Melody came to school that day, she brought a special gift for Chloe—a Bible in the French language. At the end of school that day, Chloe grabbed her new Bible and said, “I’m going to read my Bible because it tells about Jesus, my best friend!”

Chloe was able to learn about Jesus because of the help that kids like you give to BGMC. With BGMC funds, International Media Ministries was able to produce the videos called “Boulevard des Enfants,” which Melody used to make new friends and to lead a friend to Jesus. With your help, IMM can tell people all over the world, in many different languages, all about the love of Jesus. Thank you, kids, and thank you, BGMC!

Information for this story was provided by International Media Ministries and is used with permission from Assemblies of God World Missions. 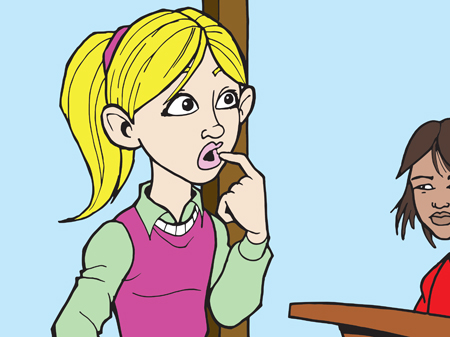 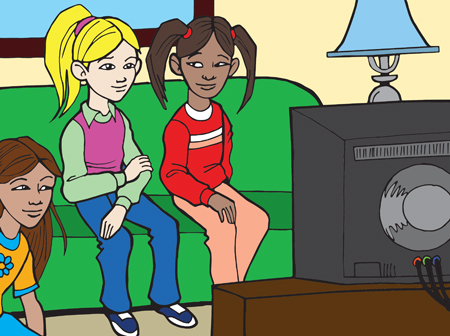 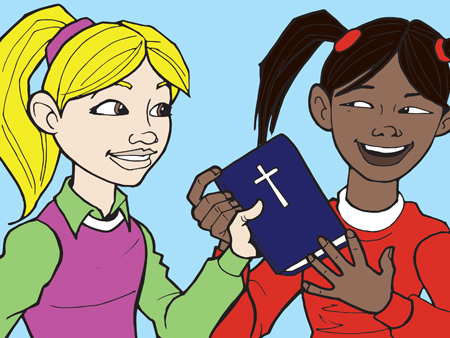 IMM: A New Friend and a Best Friend Coloring Pages