Bapa Timmy lived in a mountain village on Buru, one of the thousands of islands thatmake up the Republic of Indonesia. As a young boy, Bapa Timmy practiced animism. He worshiped his ancestors, and did his best to please the evil spirits he believed were in rocks, trees, and other objects. One day, tragedy struck Bapa’s family. Ten of his brothers and sisters died. In his sorrow, Bapa turned from his animism and began to search for the unknown God he believed must exist somewhere. God began to reveal himself to Bapa, who gave up his former religion and asked God to forgive his sins.

Several years later, Bapa Timmy met an Assemblies of God believer who explained the Bible to him. Bapa, who had never learned to read or write, went to a Bible school in Indonesia to learn more about Jesus. He returned to his village and won many people in the area to Christ.

Not everyone was happy about Bapa’s decision to reject the customs of his village. One day 30 men came out of the mountains and attacked Bapa. They nearly beat him to death. Within a week, however, Bapa had recovered, yet all but six of his attackers had died.

Those who remained were afflicted with various sicknesses. Believing they were being punished for their evil deed, they returned to Bapa and joined him in following the true God—Jesus.

One day, the village witch doctors gathered around Bapa Timmy’s house. “We want to know if your God is real,” they said. “Pray and see if He will send us rain.”

For nine months no rain had fallen on Bapa Timmy’s village in Indonesia. All the crops had withered and died. A recent forest fire had left the land charred and barren. The witch doctors had prayed to their false gods, but nothing happened. Desperate, they challenged Bapa Timmy to pray to his God too.

Bapa Timmy knew this was the perfect opportunity to show these witch doctors and all the people in the village that the Lord Jesus Christ was the one true God. Bapa prayed and asked God for rain. Later he told the witch doctors exactly what day and time the rains would come.

On the morning of the appointed day, the sky was bright and clear with no rain in sight. The people of the village wondered what would happen. Was Bapa Timmy’s God the true God? If He was, would it rain? It didn’t look like rain would be possible on this sunny day.

But at midday, as the time Bapa announced drew near, the storm clouds started to gather. The sky began to grow dark. The people of the village, along with the witch doctors, gathered outside to see what was happening.

Soon rain poured down all over the entire village and the surrounding area, except for the spot where the witch doctors stood! Everything and everyone else got wet, but them. No rain touched them. The crops all got water, and the land was no longer dry. God answered Bapa Timmy’s prayer. The people of the village were amazed. Bapa Timmy’s God was the true God!

Later, when Bapa Timmy visited a village called Danu Rana, more than 100 people were waiting for him. They had never heard Bapa speak, but they had already decided to accept his God. When Bapa arrived, the Holy Spirit fell. All of those present began to speak in other tongues. Bapa Timmy lived another 35 years. He died in 1988 at age 91. But his godly influence lives on in the 13 churches that were started through his ministry. A modern-day Elijah, he showed many people the way to God.

Information for this story was provided by Whosoever, printed in 1991, and is used with permission from Assemblies of God World Missions. 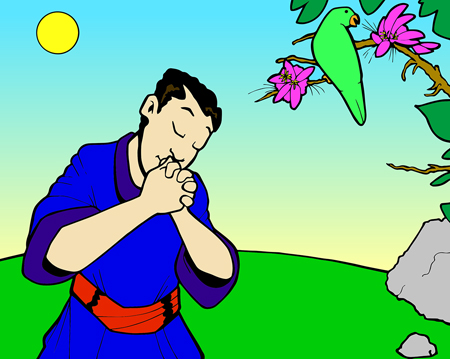 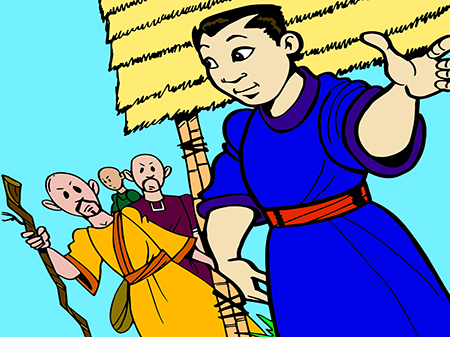 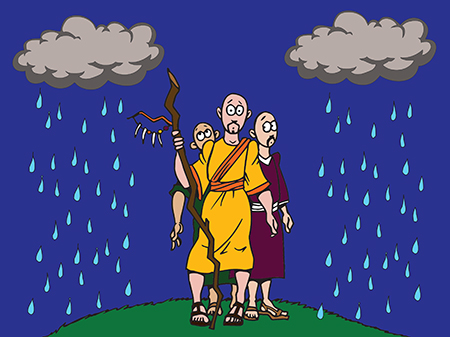