Hide (pronounced HEE-day) awoke with a start. What a strange dream! He sat up in his bed, thinking about the dream he had had during the night.

He dreamed that he saw a man with black skin. The man called to him and said, “Come here.”

Hide was only nine years old, and he had never seen a man like that before. Because of his dream, he became very interested in African-Americans. He wanted to learn more about these people.

As Hide got older, he began to listen to hip-hop music and rap music. He began to learn English by listening to the lyrics in the songs. He began to dress like the dancers and rappers he saw on MTV. He even began to dream about becoming a DJ someday and entertaining friends with his favorite music.

Over the years, Hide grew up and went to college. There he saw some African- Americans break-dancing on his college campus. He walked up to watch more closely. When he approached, someone gave him a flyer about a meeting with the people from America.

Curious, Hide went to the meeting. He discovered that it was a missions group of college students who came from America to tell the Japanese people about Jesus. Hide liked the Americans, especially one African-American named Justin.

To Hide’s amazement, Justin looked just like the man in the dream he had so many years ago. He had always remembered that dream of the man with black skin telling him to “Come.”

Hide spent a long time talking with Justin and the others. They especially talked about the differences between Black Islam and Christianity. At the time, Hide had read a book about Malcolm X and had thought about becoming a Black Muslim.

Before meeting the Christian college students and hearing their stories, he thought that was the most inspirational book he had ever read. However, after learning that Christianity is based on God’s love for people, Hide changed his mind. After having many such discussions for two weeks, Justin finally asked Hide if he wanted to become a Christian.

Usually Japanese people don’t make serious decisions so quickly. But Hide’s dream convinced him that these people spoke the truth. The dream that he had when he was nine helped to break down the barriers he might have felt toward these foreigners and the things they were saying. Hide accepted Jesus into his heart and became a believer.

Because there are so few Christians in Japan, Japanese people often feel afraid to tell others about their faith. Sometimes they are pressured by friends and family members to give up their faith in Jesus Christ. However, three weeks after the American students left Japan, Hide boldly gave his testimony to other Japanese students who met for a weekly Bible study.

Information for this story was provided by missionary Susan Ricketts and is used with permission from Assemblies of God World Missions. 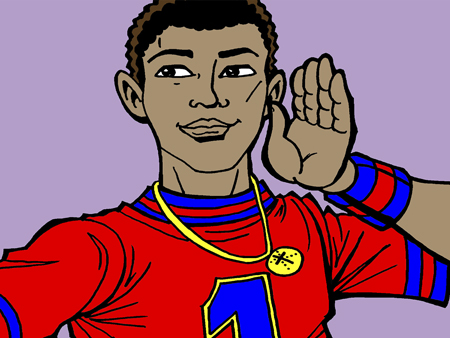 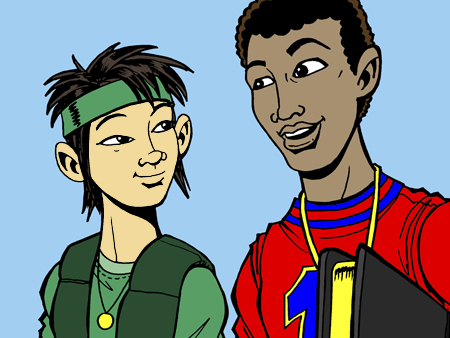