Missionary Bob McCulley stood under a thorn tree in Kenya, giving out food to the hungry mothers and their children. One particular lady caught his eye. She was carrying a baby on her back, but that was not unusual. Babies were always carried around on the mothers' backs by means of a large shawl. What was unusual was that this baby seemed rather large—too old to still be carried on the mother’s back.

Bob turned to Isaiah Sitonik, the local Maasai pastor, and asked him about her. Pastor Isaiah went to talk with the woman.

Bob soon lost sight of the woman as so many people came to him, hoping to receive a bit of food to help them through the month. It was like this all over Kenya—the country
was suffering from drought, and the people were starving. So every month Bob would get into his car and drive from village to village, bringing food for the hungry. Usually he set up in the shade of a Pentecostal church, but sometimes there was no church building. So he would set up under a thorn tree to distribute the food.

During this trip, new missionaries Kevin and Miriam Smith joined Bob in distributing lentils, oil, and cornmeal to every family. Children who were at risk of dying were given
hope and a chance to live. While Bob gave out physical food, the local Maasai pastors would hold services, bringing spiritual food to hungry souls.

Before long, Bob saw Pastor Isaiah making his way through the crowd, with the woman and her child at his side. Pastor Isaiah said to Bob, “This child has been crippled from
birth. He has never walked. Sometimes he crawls, but mostly he has to be carried everywhere.”

Then Pastor Isaiah added, “I told this woman that God was going to heal her son, and that Kevin would pray for him.” Bob looked at Kevin, who had a worried expression on his face. Kevin said, “I haven’t had much experience with laying hands on anyone and praying for healing.”

“You’ll do fine,” Bob said. And so Kevin laid his hands on the boy, and the three men prayed that he would be healed. Nothing happened. The mother collected her ration for the month and took her boy home.

One month later, Bob returned with the next month’s supply of food. As he began to set up and prepare to hand the food out, he noticed a little boy playing with the other
children, running across the field.

Pastor Isaiah came to Bob and said, “Do you recognize that boy?” Bob said no. To him, the boy was just one more dusty Maasai child. Isaiah said, “That is the little boy Kevin
Smith prayed for last month. Just a few days after the prayer, his legs began to straighten and gain strength. The whole area is stirred up with the story of his healing!” Today, in every community where Bob once did food distribution under thorn trees, there is now a Pentecostal church. Bob remembers having dropped everything else in order to do that famine intervention. Now when Bob looks back on it, he realizes that they planted more churches that year than any other.

The work of missionaries is more than just preaching. It involves being God’s hands and feet, bringing food to the hungry and healing to the sick. Because of God’s love being shown in physical ways, His Word is spreading in Kenya!

Information for this story was provided by missionaries Kevin and Miriam Smith and is used with permission from Assemblies of God World Missions. 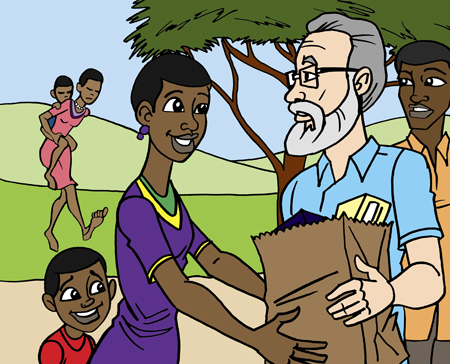 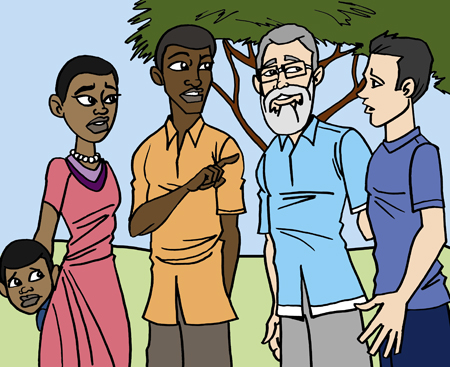 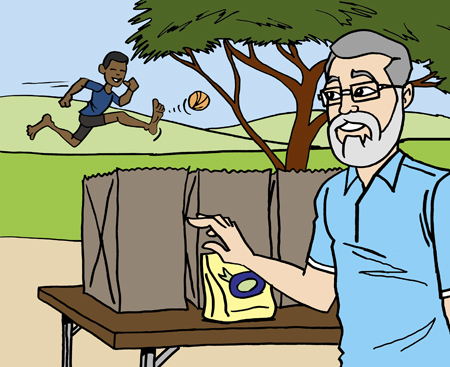