Missionary Scott Martin looked over an empty field in Bishkek, Kyrgyzstan. How can I reach these people, Lord? he wondered. Especially the children. Most of the people in Kyrgyzstan had never heard the story of Jesus or any other Bible stories.

The country of Kyrgyzstan was spiritually like that empty field—bare and dry, needing the living water that Jesus brings. But since most of the people are Muslim, they didn’t have the opportunity to attend children’s church.

As Scott looked over that empty field, he got an idea. If he couldn’t reach the children by direct preaching, perhaps there was another way. What if he started a Little League Baseball team and reached the children that way?

At first it was only a dream filled with challenges. The field was dry, dusty, and not ready to handle baseball games. There was no seating and no electricity. How could he make this dream come to life?

Thanks to BGMC and a group of students from Chi Alpha, Scott began to see his dream become reality. BGMC paid to have the field seeded. Before long, grass grew. Many Chi Alpha students made a five-year commitment to Kyrgyzstan’s Little League Baseball program. Some prayed. Some gave money. Others went to Kyrgyzstan themselves to help coach the kids.

Soon the field was ready—with grass, seating, and electricity—and kids began to come. Most had never worn a baseball glove, swung a bat, or even watched a game. But they came because of their curiosity to learn an American game, and they learned quickly.

Before long, the kids fell in love with the game. Better yet, they loved their American coaches who had come so far just to give them this opportunity.

Because the baseball program was in place, many of the kids attended services during the summer months. On one Sunday, laughter echoed across the courtyard as kids covered the sidewalk with chalk pictures of the Bible story they had just learned—Jonah and the Whale. Pictures of boats, fish, water, and people covered the cement.

A nine-year-old team member named Roma excitedly pulled the Chi Alpha coaches over to his picture—an airplane. The coaches were puzzled and asked what an airplane had to do with the Jonah story. Roma proudly said, “You are like Jonah. You came on an airplane to tell us about God.”

Another boy, 15-year-old Alex*, was a difficult case. He was full of attitude, with no patience for learning or for tolerating other kids’ mistakes. But one Sunday afternoon, Alex went to visit the American coaches in their dorms. He listened to what they said and soaked up every minute. He had a Muslim background and had previously shown little interest in Jesus, but on that day, something was different. He even wanted to join their Bible study.

During the Bible study, as Kevin, the leader, began to speak, Alex immediately interrupted. But it wasn’t his typical kind of interruption. He spoke humbly as he said, “I am sorry for everything I have done to you. I used to think the Bible was wrong, but now I believe in the Bible. I know from the love you have shown that your God is the real God.”

Scott and the Chi Alpha teams continue to minister to 200 youth each summer, ten hours a day, six days a week. The five-year commitment made by the Chi Alpha students reaches many Kyrgyzstan kids. And your giving to BGMC helped it all get started, by seeding the field with grass and by paying for a sound system and baseball equipment. Today it is one of the nicest fields in all of Kyrgyzstan. By giving to BGMC, not only have you sown seeds of grass, but you’ve sown seeds of love to the kids of Kyrgyzstan. They feel that love, and because of it, they know that God loves them. Thanks, BGMC! 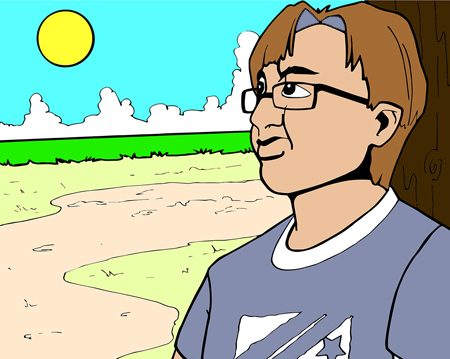 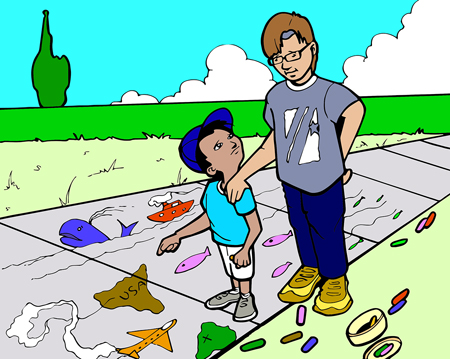 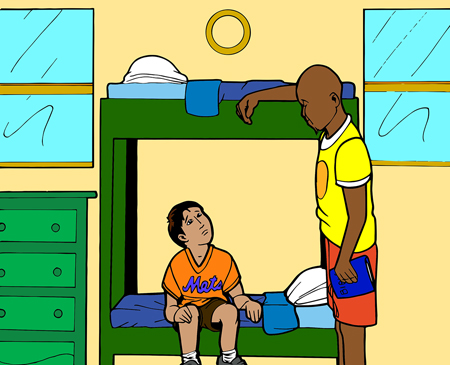