Working as a missionary on a large island like Madagascar, Nate Lashway gets lots of requests to come and preach at various churches throughout the island. One pastor from the capital city of Antananarivo (or Tana, for short) had been asking Nate for months to go with him and preach in a small town south of the capital. The pastor told Nate that the church in that village had never had a missionary there to preach.

Nate was very busy, but his pastor friend wouldn’t give up. “It would be such an encouragement for that young pastor if we could go,” he said. Nate asked if the village was very far away. The pastor said, “It’s just a few hours south. We could drive down in an afternoon.” Finally Nate agreed to go.

Nate and his pastor friend began their journey. They drove for three hours through the twisting roads of Madagascar, then they finally arrived in the village. The pastor and the believers at the village church were so excited to see them.

Nate and his pastor friend unpacked their Speed the Light sound system and did an open-air message for the villagers who passed by the church. After speaking for some time in that location, they moved to the main market place in the village.

They drove their Speed the Light vehicle into the middle of the market and set up their sound system on the roof rack of the vehicle. They then broadcast their message of salvation from the top of the car. With his pastor friend as an interpreter, Nate drew quite a large crowd. As evening approached, many villagers came forward asking for salvation.

The pastor of the village and the Christian believers were very encouraged by the message and by Nate’s presence. Finally Nate and his pastor friend said good-bye and piled into the car to leave. They knew the winding roads of Madagascar at night could be very dangerous and wanted to get back quickly. As they were leaving, a young man came out of the crowd and spoke to Nate’s pastor friend. The young man was a student at one of the extension Bible schools in the capital city, and he was looking for a ride back to class. Nate and his friend gladly allowed him to ride with them.

After an hour or more of driving in the dark, they came across a police road block. The police stopped them and, with machine guns poking in the window, asked who they were and where they were going. When the police heard that Nate and the pastor were heading to the capital city, they asked for a favor. One of their officers had to be in the capital city for a court case and needed a ride.

Nate and his friend gladly gave the young officer a ride and continued on their way to the city. All along the way, Nate could hear the Bible school student and the police officer speaking in the back seat. They were talking in the Malagasy language, which Nate was still just learning, so he didn’t understand what they were saying. But then he recognized the definite sound of prayer coming from the back seat. He realized that the police officer was saying the sinner’s prayer. Nate looked at his pastor friend in the front seat. His friend smiled back. Then Nate looked at the police officer through the rearview mirror. The officer had a big smile on his face. Nate’s pastor friend said, “He has just entered into the kingdom of God!”

When they dropped the police officer off in the capital city, the officer was very happy and had a new peace about him. Nate gave him the address of a local church, and everyone prayed again with him. It was approaching midnight by the time Nate and his friend headed to their own homes, but Nate knew that this trip had been worth every mile.

Information for this story was provided by missionary Nate Lashway and is used with permission from Assemblies of God World Missions. 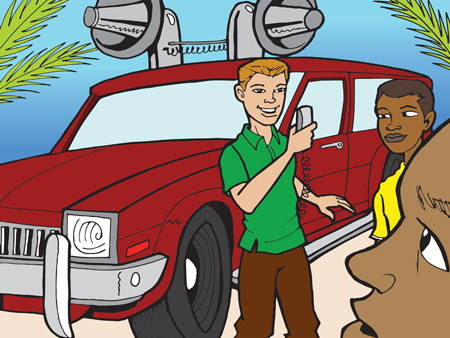 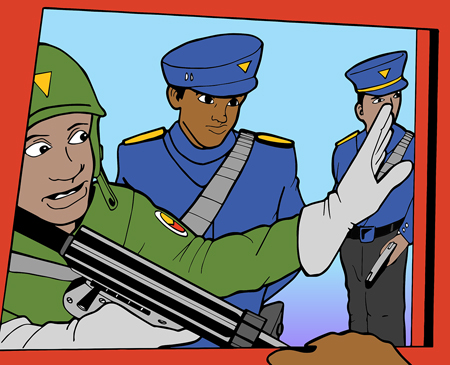 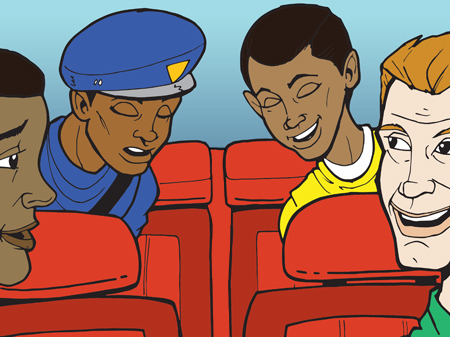 Madagascar: Worth Every Mile Coloring Pages