Opana was very excited. She sat in the little mud church in Namibia, listening to missionary Mark Gardner teach about the Holy Spirit. Mark told about how God wanted to use children to minister to people. He said that God would give them power through the Holy Spirit.

Opana was twelve years old and had never heard that God could use children. When Pastor Mark challenged the children to watch for people who needed healing, Opana determined to do it! At the end of the service, many children went forward to have Pastor Mark lay his hands on them and pray for them. Opana went too.

Later that week, as Opana walked home from school, she saw an old woman sitting near a stop sign. The woman had a horrible eye condition. Her eye was very red, with bumps all around it. Infection ran down the side of her face. It looked a bit scary to Opana, who decided to hurry past.

But then Opana remembered what Pastor Mark had said—that children could pray for others to be healed. That God would give them power through the Holy Spirit. Opana felt hesitant. What if I go to her and she chases me away? she thought. But then Opana felt the Holy Spirit speaking to her. “Just go and pray for her. She really needs healing.” Feeling a bit braver, Opana walked up to the woman. “What are you doing here, Grandmother?” she asked. She called her “Grandmother” as a term of respect.

The old woman said, “I’m waiting to see if I can find a priest or someone to pray for me, for my eye. But I’m afraid that if I see a priest, he will say that he doesn’t have time for me.” Opana said, “Grandmother, do you mind if I pray for you?”

The old woman said, “No, you’re just a small girl. There is nothing you can do. Go home, little girl. I do not believe that God can heal me through you.”

Placing her hands on the old lady, Opana prayed that God would heal her in the name of Jesus. When she was done, she continued on her way home.

The next day, as Opana walked home from school, she saw the old woman getting into a taxi. Opana called to her, “Grandmother, are you fine now?” As the old woman turned, Opana could see that her eye was completely healed!

When the woman saw Opana, she jumped out of the taxi and ran over to her, saying, “Thank you! Oh, thank you, little girl, for praying for me!” She hugged her and kissed her. The woman said that she was on her way to Windhoek, the capital city, but more importantly, she was on her way to God. She said, “I am now going to give my life to the Lord.”

Opana smiled as the old woman went on her way. “God CAN do miracles!” she said. “Even through children like me.”

Information for this story was provided by missionary Mark Gardner and is used with permission from Assemblies of God World Missions. 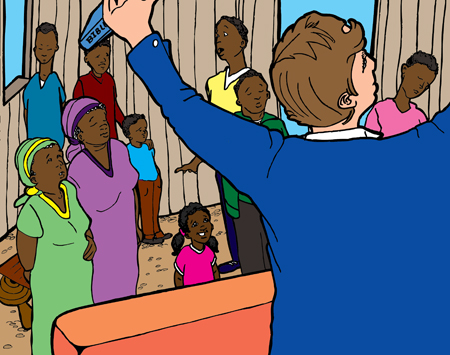 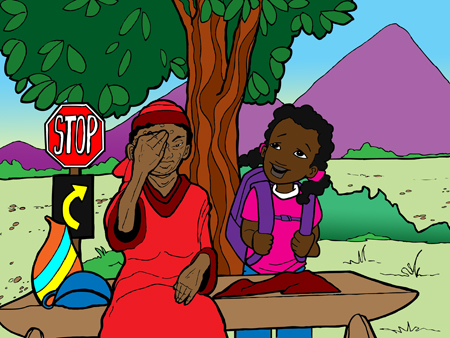 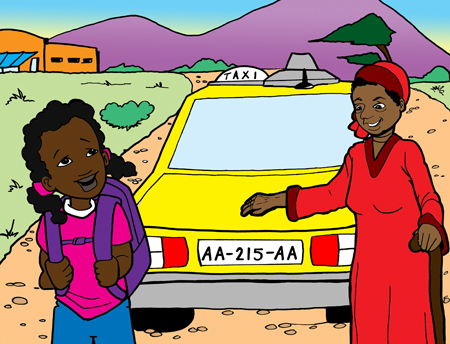