Julio*, a young lay evangelist, had been threatened by a terrorist group. “You must stop preaching,” they said. “If you do not obey us, you will pay with your blood.” Julio was used to walking from town to town to preach to the people of Peru. But now this terrorist group had taken control of that area. They closed the police stations and ran things by their own rules. Anyone who didn’t cooperate with them was threatened. Things became dangerous.

But Julio ignored the threats and continued his usual rounds, preaching in the small mountain churches and encouraging the believers. Again the terrorists warned Julio, and again he disregarded the threats against his life.

Outraged, the terrorists said, “We asked your cooperation, and you disobeyed us. Now we will make an example of you.”

A few days later, Julio was ambushed and taken to the center of a large town. A crowd gathered to witness the sentencing. Julio was tied to a chair and carried to the middle of the town. Sticks of dynamite were tied to his arms and legs. The terrorists hoped that this terrible fate would put fear into the hearts of Christians and perhaps even result in closing some churches.

The fuses were lit. The sputters and sparks slowly moved closer to the dynamite. But to the terrorists’ dismay, Julio began singing praises to God. Other Christians joined in, singing songs about heaven.

Suddenly there was a loud boom! The dynamite exploded! Clouds of smoke filled the air. The terrorists thought nothing would be left of Julio.

But when the smoke cleared, there sat Julio unharmed and still singing praises to God! The terrorists were so overcome by fear that they ran away. At the same time, all the Christians shouted, “It’s a miracle of God!”

Julio left the square with the Christians. He continued his ministry in spite of persecution. He held firmly to the truth that Jesus gives strength to be courageous when needed. For 20 years, believers in some areas of Peru have faced danger and persecution. Terrorists have killed several hundred pastors for preaching about Jesus. But during these difficult days, God has shown His power. In miraculous ways, He has protected His followers and reminded them that He is in control. Because of things like this, it is so important to pray for our missionaries. There is power in prayer!

Information for this story was provided by Rich and Wanda Ferguson, missionaries to Peru. It’s also a reprint from the August 1990 edition of Mountain Movers and is reprinted with permission from Assemblies of God World Missions. 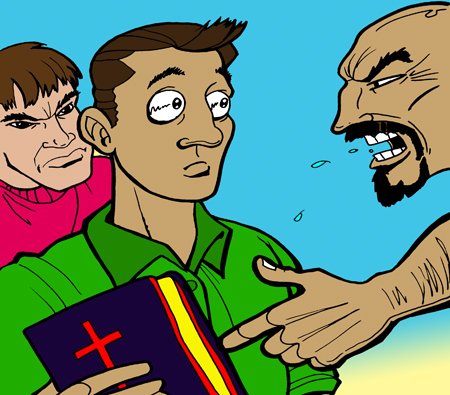 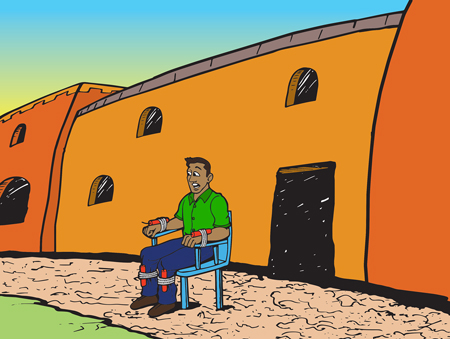 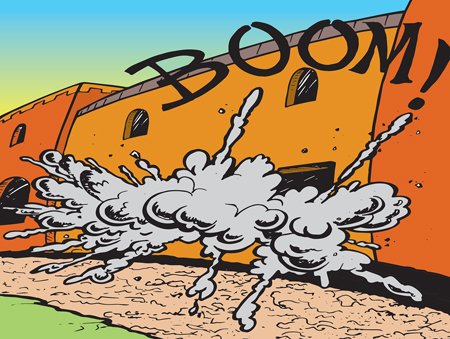