Missionary Karen Johnson hung up the phone and turned to her husband Herb with a worried look on her face. “That was my mother,” she said. “She told me there’s been news
of another coup here in the Philippines.” A coup (pronounced KOO) is when rebels try to take over the government by force. This is usually a very dangerous time for the local people, but it can be especially dangerous for missionaries.

At Karen’s feet, a little poodle named Kandi yapped and yapped. “Shush, Kandi,” Karen said. She wondered if the poodle could sense her fear.

“Okay, everyone take showers,” Karen said. When Karen’s daughter Kristi asked why, she said, “You never know when you’ll get another chance. The electricity and water might be cut off.”

By the time their showers were done, they could hear a loud rumbling down the street. Karen peeked out the window and saw several tanks at the end of the street. “They’re
coming this way! Hurry, cover the windows!” Karen and Kristi quickly hung towels over the windows to keep the soldiers from seeing them.

Karen glanced at Kandi, the little poodle, worried that she might start yapping again. Kandi had always been good at warning when strangers were around. But this time was different. If Kandi started barking, the soldiers would know they were there.

Throughout the morning, tanks rolled up and down the street. No one in Karen’s family could eat; their stomachs were in knots. At one point, Herb dared to peek out the window. Across the street, a Filipino doctor signaled with his hand. Herb said, “He wants us to run to his house. I think we better go—they might start dropping bombs. As soon as the tanks reach the end of the street, we’ll make a run for it. Ready?” Karen nodded. Kristi scooped Kandi into her arms. “Go!” Herb said. The three dashed across the street with only the clothes on their backs.

Karen felt a little safer in the doctor’s house. He even served them hot dogs for dinner. Karen was so hungry, those hot dogs tasted like steaks!

BOOM! The first bomb exploded with such force, Kristi was thrown across the room. Karen made sure Kristi was all right. Even the poodle Kandi came up to check. Remarkably, Kandi had remained quiet all that time. Bombs continued to fall the entire week. Karen could hear the rat-a-tat-tat of gunfire all around.

Karen’s family stayed hidden in the basement of the doctor’s home. Just as she was beginning to feel like things might be all right, she heard a banging on the gate outside. The Filipino doctor came running down and ushered them back into a pump room. Then he went up to see who was at the gate.
Karen, Herb, and Kristi, along with little Kandi, stayed tucked into the pump room, their hearts racing. They could hear voices shouting. “Give up the Americans!” “We better pray,” Herb said. The three began to pray for protection. Soon the doctor returned. “They wanted to take your family as hostages,” he said. “But I gave them my Pajero instead.” Karen’s mouth dropped open. The doctor had given away his sports utility vehicle to save their lives. Herb shook the doctor’s hand. “Thank you,” he said.

Finally it seemed safe for the Johnsons to return home. But as they crossed the street, bullets streaked by them. Some rebels were in their neighbor’s house, robbing them and stealing their clothes. When they saw Karen’s family, they shot at them. But Karen, Herb, and Kristi made it across safely. They gave thanks to God for protection.

The moment they reached their own yard, the little poodle began to bark and bark. She could smell strangers all over the yard. Karen saw that the rebels had taken clothes off their clothesline. But it was Kandi’s barking that amazed her. Karen said to Kristi, “You know, Kandi never barked once all the time that we were in hiding.” That was one miracle among many for the Johnson family that week.

The following week, government officials came to their home to check on them. The officials asked Herb what he did. Herb said he was a missionary pastor. The officials said that the rebels had wanted to target their home, but no matter what they did, they could not hit it. God had put an invisible wall of protection around their home.

Prayer had made the difference for these missionaries. Keep praying for the safety of missionaries all around the world, for their lives are often in danger. And keep giving to BGMC to help provide missionaries with the things they need to reach the world for Jesus!

Information for this story was provided by missionaries Herb and Karen Johnson and is used with permission from Assemblies of God World Missions. 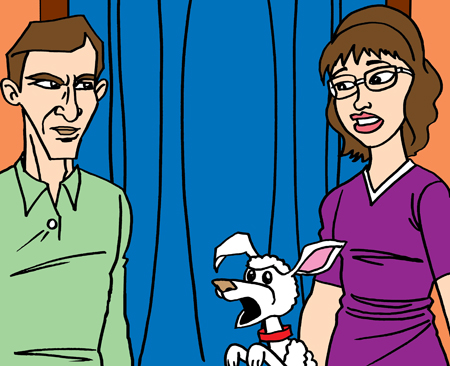 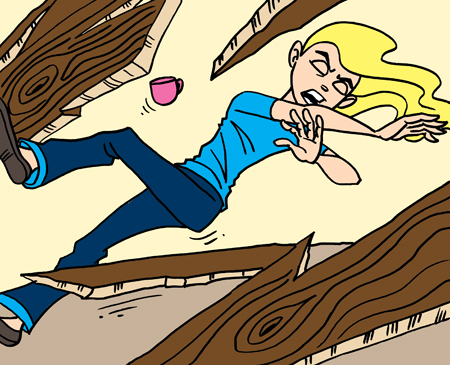 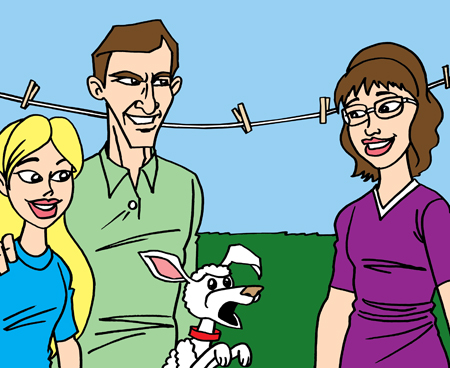 Philippines: One Miracle Among Many Coloring Pages