No water! Pastor Filimon stood with missionary Ian Hall at the riverbank and looked at the low trickle of water that ran through it. Behind him stood forty new believers ready to be baptized. But it had been a very hot June, and after four months of drought, with no rain at all, the river was much too low to perform a proper baptism. Pastor Filimon said to Ian, “How are we going to have a baptismal service in this river? There is hardly any water.” Ian joked, “Perhaps we can lay them down and roll them over to wet both sides!”

Pastor Filimon looked at the forty new believers. They were so full of hope now that they had found Jesus. Many people in Romania were hungry for God. Every time the church was open, it was full. The people had been under Communist rule for too long. The Communist government had told them there was no God. Finally the people revolted, and the Communist government was overthrown. When freedom came to the country, many churches were planted. People were eager to hear the gospel and eager to believe God for salvation and for healing.

Missionaries Ian and Sheila Hall had come to work with Pastor Filimon at the Pentecostal Church, Piatra Vie (Living Stone), in Campulung Muscel, Arges, Romania. The church grew and grew, so much that it established several branch churches. One of the branch churches was planted in the Gypsy community of Bughea de Sus. In just a few months, forty people made decisions to follow Jesus. Now they wanted to be baptized.

As they stood there on the riverbank, several other people began to gather around. These were unbelievers. They knew that the new believers had come to be baptized. They began to laugh and make fun of them because of the lack of water in the river.

Finally he said to Ian, “You go ahead and preach. I will gather the church leaders, and we will pray that God will provide the water.” And so the service started. They began with singing, then the new believers gave their testimonies. A local Romanian man gave a brief word, then Ian preached.

Whoosh! Swoosh! As Ian came to the end of his sermon, suddenly there was a sound of rushing water. The people turned to look and were amazed to see an abundance of water rushing down the riverbed. Soon the river was full with more than enough water to baptize the believers. God had performed a miracle!

One by one, the forty new believers stepped into the water and were baptized. Pastor Filimon and his assistant, Pastor Nelu, dipped each person under the water and brought them back up again. When the last person came up from the water and stepped out onto the riverbank, the water level dropped back down to where it
had been before. Later, Pastor Filimon learned that up in the mountains, some sixty miles away, there had been a heavy rainfall. One of the reservoirs had become so full that the authorities decided to open the floodgates and release some water to relieve the pressure. The water arrived at just the right time and stayed just long enough to baptize all of the new believers.

Jesus said, “Whoever believes in me, streams of living water will flow from within him” (John 7:38). That day, a great stream of river water flowed mightily for those whose hearts were full of the Living Water, Jesus. Even the unbelievers saw the great miracle that day and could not deny that God had answered the prayers of His people. Perhaps one day they, too, will become believers and be baptized in that very same river!

Information for this story was provided by missionaries Ian and Sheila Hall and is used with permission from Assemblies of God World Missions. This story is authenticated by Pastor Filimon Ciurea of Campulung Muscel, Romania. 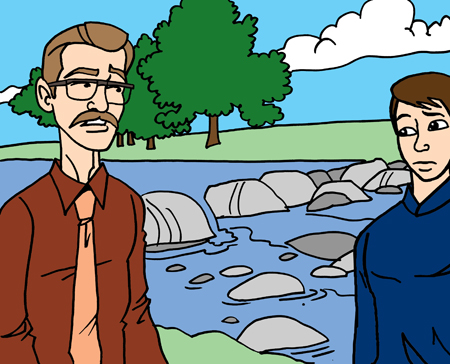 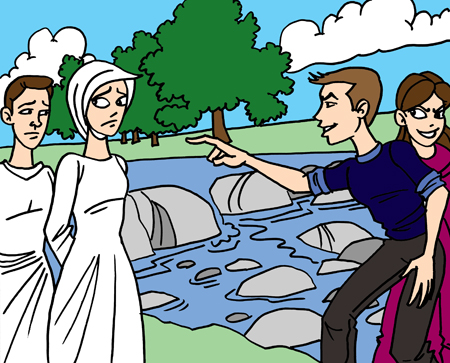 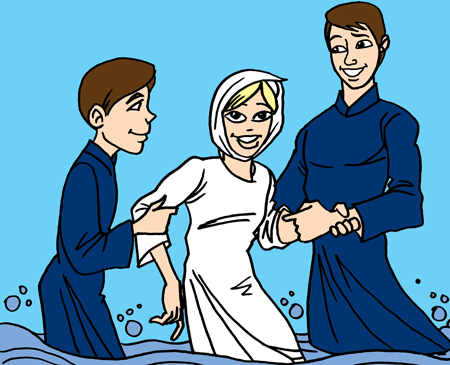