Oksana sat in the snow in front of her tiny little house and cried. In a pen next to the house lay her only companion, a goat. It was dead. An elderly lady, Oksana lived alone with no friends or family. All she had for company was her goat. The goat wasn’t just a companion to her—it was her only source of income. The goat had always provided her with milk for herself and for selling, so that she could have a little bit of money each month. And now the goat was dead.

Later that day, Oksana headed into the village. But she could not quiet the sorrow in her heart. Soon she found herself sitting on a park bench, crying. A woman’s voice startled her. “Why are you crying?”

Oksana looked up. A group of people stood before her. The woman who had spoken looked to be about 60 years old. Oksana asked, “Who are you?” “We’re part of a team of people called the Hosanna Plan,” the woman said. “My name is Valentina.” “The Hosanna Plan?” Oksana asked. “What is that?”

“It’s a ministry,” Valentina said. “We’ve all given up one year of our lives so we can take the gospel of Jesus Christ across Russia, so that every Russian can hear about Jesus.”

Oksana shrugged. “What good is that to me? Oh, what am I to do?” She buried her face in her hands.

Valentina asked again, “Why are you crying?” Wiping her tears, Oksana said, “I am crying because my goat is dead. She was my only source of income. And now I have nothing. I don’t know what’s to become of me.”

“We’d like to pray with you,” Valentina said. “Take us to your house.”

Oksana led Valentina and the entire team to her tiny little house. When they saw the dead goat laying in its pen, Valentina did something that surprised Oksana. She knelt down and prayed for the goat! Oksana shook her head in disbelief. But then she saw her goat move. It moved its head. Its legs twitched. Finally it got up and ran about the yard!

Oksana gasped. “My goat! My goat is healed! You brought her back from the dead!”

Right there in the snow, Oksana prayed with the Hosanna Team. She gave her heart to Jesus that very day.

Now Oksana’s life is full of happiness. She still lives in a tiny little house. She still has only one goat as a companion. She still makes very little money selling milk each month. But she is happy because she met Jesus.

The Hosanna Plan is an eight-year plan to send evangelism teams to cities, towns, and villages all across Russia. Teams of men and women go door-to-door sharing the gospel. Their goal is for every Russian to hear about Jesus, and to plant 400 new churches every year for the next four years.

Pray for the Hosanna Teams as they go out in the bitter cold of Russia’s winter, braving the wind and snow, taking the gospel message across Russia. BGMC helps the Hosanna Teams by providing warm winter clothes, tents to sleep in, and snowmobiles to travel across the deep snow.

And pray for people like Oksana who have the opportunity to hear about Jesus for the first time because of the Hosanna Plan. Your gift to BGMC can help reach millions more people in Russia! For more information about The Hosanna Plan, visit http://russiaministrynetwork.org/

Information for this story was provided by missionary Rick Lang and is used with permission from Assemblies of God World Missions. 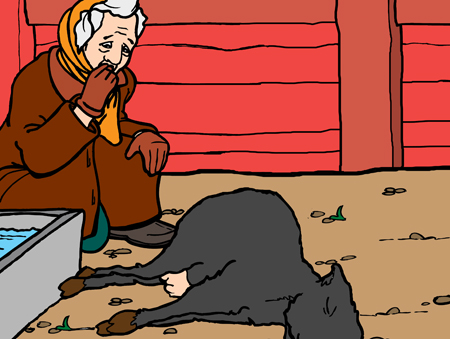 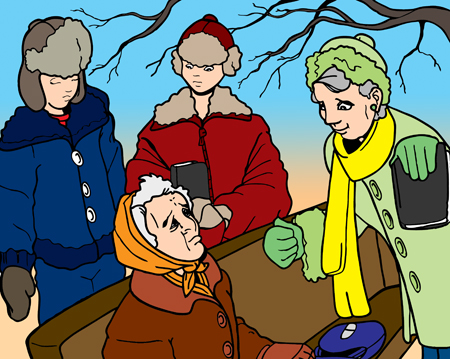 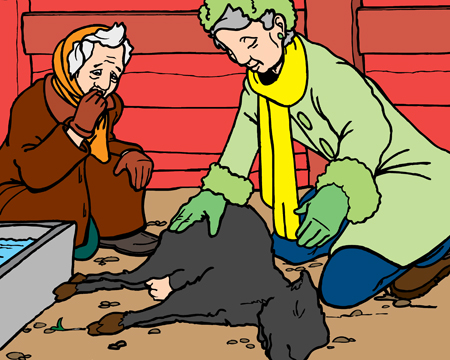 Russia: Even More He Cares For You Coloring Pages