Jason awoke to the sound of gunfire. It was the middle of the night and still dark out. In the distance he could hear the rat-a-tat-tat of machine guns. Getting up, he went to check on his parents, who were sleeping soundly.

Jason’s parents, Billy and Jo Wilson, are missionaries in Rwanda and had been living in that particular area for the past four months. The sound of gunfire and explosives came frequently during the night, as Rwanda was beset with rebel activity. But Jason had been away for awhile, living at a boarding school at the Rift Valley Academy in Kenya. He was not yet used to that sound, but seeing his parents still asleep, he went back to bed.

The next morning he awoke to a sunny day, forgetting the noises of the night. As he ate his breakfast of cooked millet and fruit, neighborhood children clamored at the doorway, excited that Jason was back from school and eager to play soccer with him. Quickly gulping down a plate of fried plantains, Jason snatched up his soccer ball and headed out.

The children gathered around him, following him down the dirt driveway and out onto the dirt road. As Jason bounced the soccer ball on his knee, he saw a sign on the building across the street. “Beware of land mines,” it said. “Stay on the main paths.”

As Jason stood there, a truck drove by. Seeing the truck pass down the dirt road unharmed, Jason was certain the road would be safe to play on. He divided the kids into teams and began the game.

A couple of hours later, he returned to the house, sweaty and exhausted, but with a smile on his face. The children of Rwanda were always full of laughter and smiles. They made his school vacations extra special.

That night, more gunfire sounded in the distance. This time Jason didn’t get out of bed, but he lay awake for awhile, listening. In the morning, his mother had breakfast on the table by the time he got out of bed.

Just as he pulled out a chair and began to sit, the house shook. BOOM! A loud explosion rocked the whole area. Rocks and clods of dirt splattered against the walls and the metal roof of the house.

Jason ran to the front gate to see what was going on. To his surprise, he saw a team of U.N. soldiers removing a land mine from the road right in front of his house. Jason felt the blood drain from his face. That was the very spot where he had played soccer with the children the day before.

Later in the day, when Jason again went outside, he found the same team of soldiers digging at the end of his driveway. “Stand back!” one of the soldiers said. As Jason backed away, he watched them pull another land mine from the ground, this one right on their driveway!

When he told his parents about it, his mother said, “Praise God! He protected you and all those children from those land mines.” His father said, “He protected us too. Think of all those times we had driven over those two spots.”

Jason’s family continues to praise God for His protection over them. Keep the Wilson family in your prayers as they minister to the people of Rwanda.

Information for this story was provided by missionaries Billy and Jo Wilson and is used with permission from Assemblies of God World Missions. 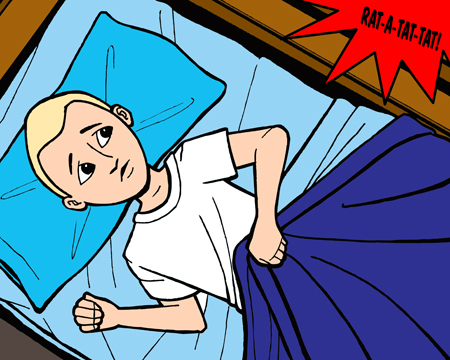 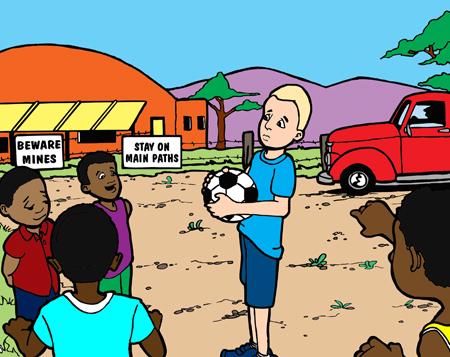 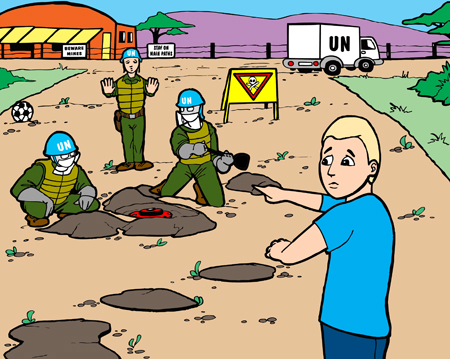