From the top of the hill, the village of Ga-Seghopo, South Africa, looked so peaceful. The sun was reflecting off of the corrugated metal roofs like so many lights shining in the morning light. You could smell the smoke from the wood burning in the cooking fires.

But on one particular day, it was anything but peaceful. There were many people with heavy, grieving hearts. A young schoolboy had died. This was the second death of a student in this village within a short period of six months. Missionaries Wayne and Delight Peercy were asked to conduct a memorial service at the home of this young man. Many family members, members of the village, and fellow classmates would be in attendance. The dirt road was rough and full of potholes and gullies, but soon they arrived at the deceased boy’s home. He had been living with his “gogo” or grandmother. After conducting the memorial service, Wayne and Delight were asked to come and speak to the grandmother.

Wayne and Delight found the grandmother, or “gogo,” inside a cooking hut—a round mud-hut with a thatched roof. As they entered the hut, they found the grandmother sitting on a woven grass mat on the dirt floor. Her back was against the wall and her legs were stretched straight out in front of her. Gogo directed her eyes downward, but Delight could see that her face was lined with grief and tears were still fresh on her cheeks.

Using an interpreter, the missionaries began to talk to her. Tears filled Gogo’s eyes. She said in a language called sePedi, “I don’t know what I am going to do. My feet are crippled. I haven’t walked in three years. My grandson was my feet, and now he is gone. The rest of my family lives too far away to help me. What am I going to do?”

The missionaries said, “We do not have the answers, but God does. May we pray with you?” She agreed, so they laid their hands on her and began to pray. They asked God to help her through this difficult time and to heal her feet. After they finished praying, they felt impressed to try to lift Gogo to her feet. With help, she took a step, then another.

Soon Gogo pulled away from the missionaries and began jumping and dancing and praising God! A daughter of the grandmother, who had traveled a long distance to be with her, was holding a metal bowl in her hands. When she saw the grandmother dancing, she threw the bowl into the air and began shouting and praising God! Everyone joined in on the joyous dance. That small, dark cooking hut became alive with movement and life. God had turned Gogo’s mourning into dancing. There is still much work to be done.

Not long after this boy’s funeral, Wayne and Delight were called to do another funeral of a young boy from this school. Death and violence have become a way of life. It is the missionaries’ hope that through the love of Jesus and the testimony of Gogo, the village children will turn to Jesus instead of to violence.

With the help of BGMC, lives can be changed. The money that you give to BGMC goes to help our missionaries buy the supplies they need to share the gospel message. Because you give to BGMC, many kids and people in South Africa are giving their lives to Jesus.

There are still so many kids who need to hear that Jesus is their hope and that Jesus can change their lives. Pray for the children of South Africa!

Information for this story was provided by missionaries Wayne and Delight Peercy and is used with permission from Assemblies of God World Missions. 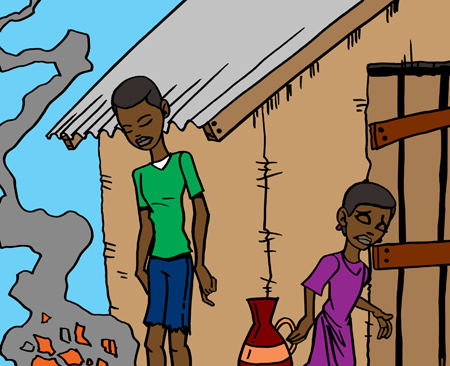 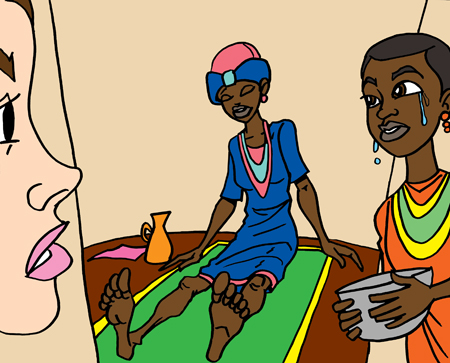 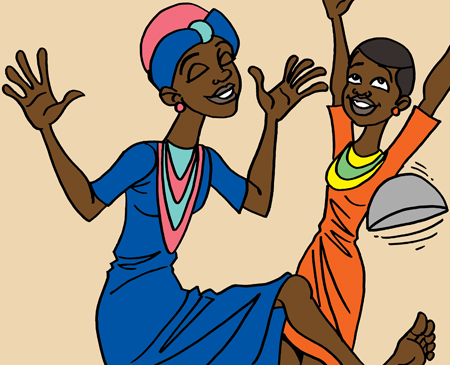