Eed (pronounced like “eat”) had lived in Bangkok, the capital of Thailand, since she was a little girl. She loved going to the marketplace, with all of its bright colors and so many things to buy! She could buy clothes or trinkets or snacks. One of her favorite snacks was shaved ice, which came in a plastic bag, neatly fastened with a rubber band and with a straw poking out of one corner. The green one was her favorite flavor, although her best friend always said it tasted like sweet toothpaste.

But her most favorite snack of all was sausage on a stick. Every afternoon, a street vendor wheeled her cart up to the sidewalk and started barbecuing delicious sausages over charcoal.

One day, Eed approached the street vendor. She could smell fresh sausages being grilled. Already there were some sausages done and ready to take home in a paper bag, but the fresh ones smelled so good. Eed had a few minutes, so she thought she’d wait for a fresh one.

So Eed selected a couple of the sausages that were already done. The vendor said to her, “Don’t take those, Eed. Wait for the fresh ones; they’re almost done.” “No, I’ll take these,” Eed said. The vendor lady replied, “Just a minute and these will be just as you like them.” But Eed didn’t wait. She paid for her sausages and stepped away.

Eed had gone no more than three or four steps when BAM! A car smashed into a pole right at the very spot where she had been standing. The vendor’s cart was bent, and two of the customers who had been waiting in line were injured and lying on the pavement.

Eed phoned the police for help and stayed to pray with the injured. Then she made her way home, shaken and trembling but amazed. God knew what was going to happen. He had warned her. She felt so thankful that she had listened to His voice. If she hadn’t, then she would have been the first to be hit. She could have been one of those people lying on the sidewalk, or she could have been killed. But she wasn’t. God had protected her.

Information for this story was provided by missionary Christine Hosack and is used with permission from Assemblies of God World Missions. 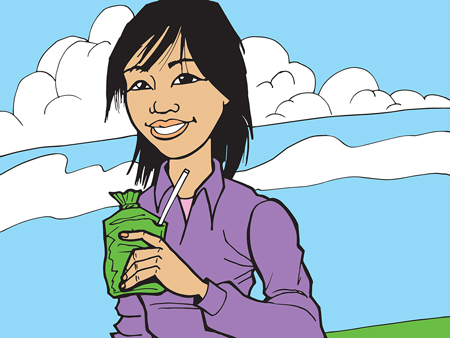 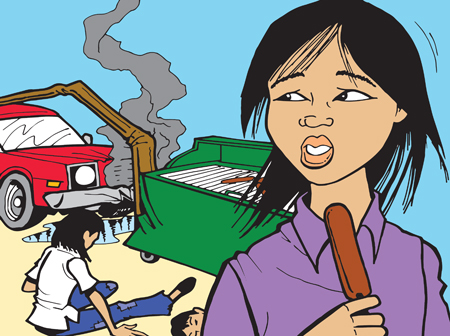