By David DeBlock, Children’s pastor at The Assembly in Cabot, Arkansas

Throughout the day at the event, we have an hourly contest to see who can spit a LIVE cricket the farthest. Each hour people pour in and pay $1.00 for a cricket to see if they can spit it farther than anyone else. People who didn’t want to spit a cricket still donated money to the need. We have four different age / gender groups and had hundreds of participates from the ages of 3 to 83.

The winners of each group for the hourly contests win a T-shirt that reads “Cricket Spittn Champion for World Missions.” People come back every year proudly wearing their past year’s shirts.

It is so much fun—or disgusting, depends on how you look at it. The event isn’t a big fundraiser, but more than money it raises awareness of world missions: to get the gospel message around the world.

This year during October and November, our Kids’ Church raised $3,900 through BGMC for the Hillcrest Children's Home in Hot Springs, Ark. We had the “spittn crickets” contest, a boys vs. girls coin giving contest, a Pie Auction, and our regular BGMC giving. Praise God! 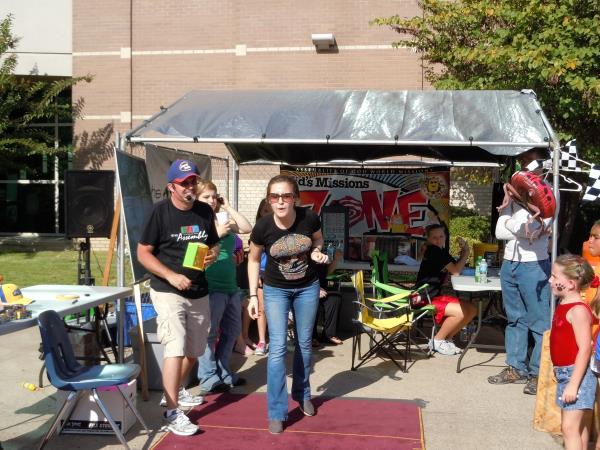