This past March, the children of Grace Assembly in Spring City, Pa., were extremely excited when returning home from their annual Breakaway Weekend—held at our district conference center in Carlisle, Pa. They spent the weekend immersed in learning about life in El Salvador, South Africa, Slovakia, and India.

While returning home in the church van, the kids had a zillion stories to tell, but it was Jackson’s Ridge Children’s Ministry Training Center and Children’s Camping Facility (located just outside Magaliesburg, South Africa) that touched their hearts most. The kids couldn’t stop talking about doing something for the children of South Africa.

Realizing this ambition needed to be funneled, Jacob Cayson (himself only 16 years old) challenged the kids. “If you will raise $200 in two weeks, I will do the ‘Monkey Dance’ before the church congregation on Sunday morning,” he proclaimed.

The kids accepted the challenge! Kelly Morrow, who led the project, cheered on their determination.

Our mission statement for Kids Rock Children’s Ministries is Helping Kids to Know, Love, and Follow Jesus. This is exactly what our students wanted to do for the kids in South Africa. Realizing they cannot go to South Africa, they came up with their goal: to raise enough money to send at least four South African children to Jackson’s Ridge Camp ($240 – four scholarships). While still on the way home, they determined how to raise the funds: by selling crafts and baked goods in the church foyer each Sunday of BGMC’s March Missions Madness.

After returning home, this project was presented to the leadership and approved, and on a following Sunday, the kids presented this goal to the congregation. They were on their way!

With eagerness, the kids began to make crafts and baked good to raise funds for Jackson’s Ridge. Each Sunday morning the kids created quite the excitement in the foyer as they encouraged the adults to help send kids to camp.

The final results far exceeded our original goal. At the end of March Missions Madness, in just one month, eight kids raised a total of $1,620.53—which would provide 27 scholarships for South African children! As a bonus, Pastor George Krebs, our district Christian education director, joined our leadership in doing the Monkey Dance in in front of the adult congregation one Sunday morning! The kids joined them too. Suffice to say, a good time was had by all.

But even better, God had blessed the kids’ efforts to help kids in South Africa to know, love, and follow Jesus! As a result, 27 more South African children will hear of Jesus’ love for them! 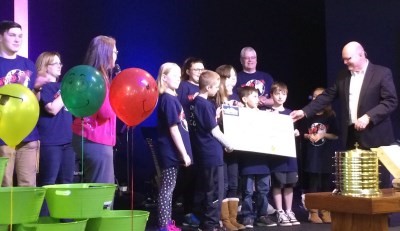 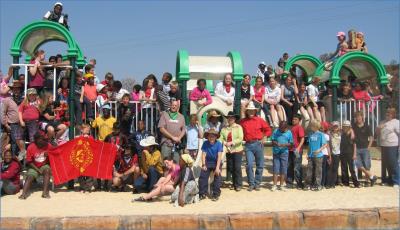 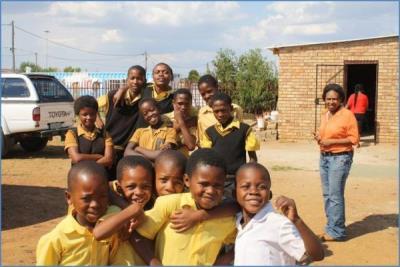