Jean-Charles knew about the evil side of the world. His religion taught of demons, and his family constantly sought protection. To try to keep the evil spirits away, they used
sorcery.

When Jean-Charles’ uncle became demon possessed, his father tried to use "magical charms" to rid his uncle of the demons. Nothing worked. The family sacrificed chickens and goats, but still nothing happened. Jean-Charles’ uncle was kept chained to a tree for more than a year.

Finally, in desperation, the family sent for the pastor. The pastor arrived with two other believers. When the pastor preached the Word of God, it was the first time Jean-Charles
ever heard the name of Jesus.

Then the pastor got down on his knees and prayed for Jean-Charles’ uncle. When he said, “Amen,” the demons were gone!

The next Sunday, the family attended the pastor’s church, bringing the uncle with them. He was well! When they returned to their village, Jean-Charles’ father told his neighbors, “This religion is the truth. I’m going to follow Jesus.”

Jean-Charles’ father burned all his “magical charms.” Some villagers began to persecute the family. Another sorcerer even tried to kill them! But he failed. The sorcerer said to them, “I have never failed before. You must have the true God.”

When Jean-Charles was older, God called him into the ministry. Today he pastors a church and teaches at an Assemblies of God Bible school in Burkina Faso. We serve a mighty God!

This story came from Today’s Pentecostal Evangel, July 4, 2004, and is used with permission from the Evangel and from Assemblies of God World Missions. 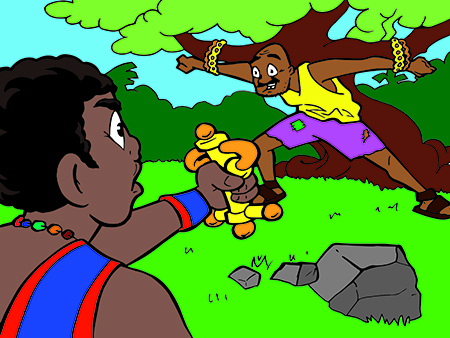 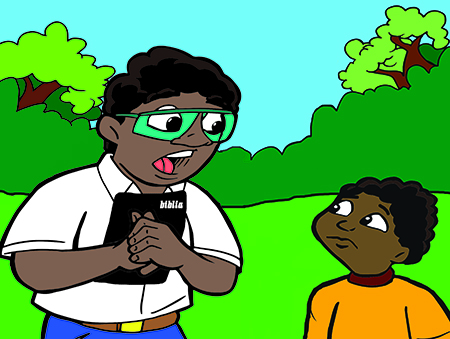 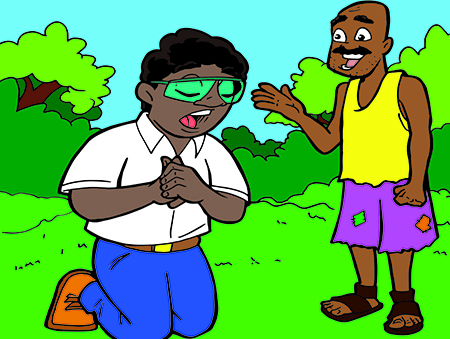