Pastor Katema lives in Tanzania. From his home, he often walked several days to reach Chandama. He wanted the people there to hear about Jesus. He wanted to build a church there so people could learn more about God’s Word.

But every time he went to Chandama, the people always did the same thing. They wouldn’t listen. They wouldn’t even let Pastor Katema spend the night in the village because they knew he wanted to start a church. With a sad heart, Katema would walk outside the village and sleep under a tree.

Time after time Pastor Katema visited Chandama. It was a very long walk—four days and three nights just to reach it! He had long wished that he could reach this Islamic area called “The Little Sudan of Tanzania,” so he kept making that long trek. But even after two years, the people still refused to listen to his message.

Then one night, everything changed. As Pastor Katema slept under a tree outside the village, three angry lions made their way into the village. People awoke in fear of the ferocious beasts tramping near their homes. Some of the villagers tried to attack the lions, but their efforts did no good. By the time the night was over, one child had been killed and another person was badly hurt.

The village leaders met together. “Why did this happen?” they asked. “Was it because of how we treated Pastor Katema? Maybe we are being punished because we were mean to him. Let’s go see if he is still outside the village or if the lions killed him.”

The men rushed to the tree where Pastor Katema usually stayed. No one was there. They called out for him, but they feared he was dead. But then Pastor Katema came walking out of the wilderness. He was alive and well!

“Katema, did you see three lions near our village last night?” they asked.

“No, I saw no lions,” Pastor Katema replied. “All I heard were several dogs that walked around me, sniffing me all night. But I was so sleepy I did not wake up well enough to see them.”

That day, Pastor Katema was welcomed in Chandama. The Muslim leaders gave him land for a home and for a church. Today there is a growing church in Chandama and even more churches in several villages nearby.

God’s power protected Pastor Katema from angry men and prowling lions. When the people saw proof of God’s protection, they wanted to serve Him too. Pastor Katema is glad he trusted God and went beyond his city to tell others about Jesus.

The Church in Tanzania is growing, and new churches are springing up all over! In fact, over 1,000 churches are started every year. Most of these new churches don’t have a building. The people meet under tarps or trees for shade. Some of these churches have been meeting like this for many years!

Your offerings to BGMC help build new structures for these churches. Now the church in Chandama is alive and well and has a permanent building! Thank you, kids, for giving to BGMC! BGMC has been helping to build church buildings all over Tanzania!

Information for this story was provided by missionary Scott Hanson and is used with permission from Assemblies of God World Missions. 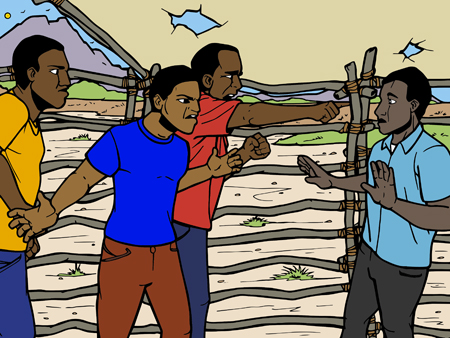 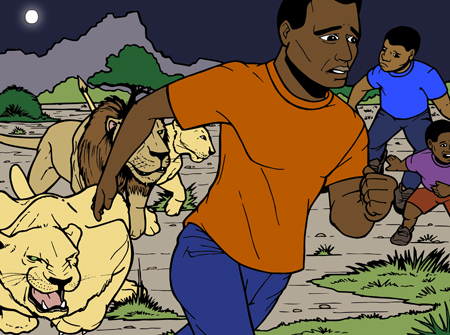 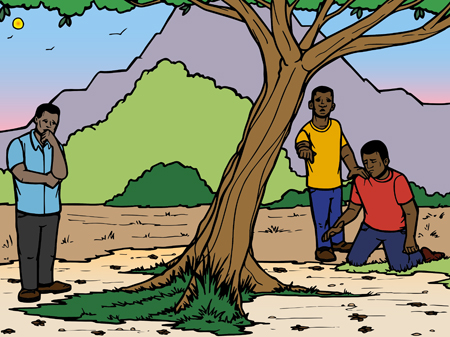 Tanzania: Paw Prints By the Tree