Yovovi* woke up and opened her eyes. Everything remained dark—black like night. “Mother?” she called. “Mother, where are you? I can’t see!” Yovovi’s mother Ayawa came to Yovovi and helped her to her feet. “Help me, Mother,” Yovovi said. “I’m blind!”

For blindness to come on someone so quickly, Ayawa knew it had to be the activity of spirits. Ayawa knew all about the activities of spirits, for she was a witch doctor. People would come to her and pay her to cast spells on other people.

But something about this frightened Ayawa. Why would the spirits do this to her daughter? Afraid of the spirits, Ayawa knew she had to find a greater power. So she took Yovovi to the home of a Christian pastor.

At 4:00 on a Sunday morning, Ayawa woke the pastor and said, “Please pray for my daughter. She was suddenly struck blind. I know that evil spirits have done this, and I
know that you have greater power.” The pastor and his wife prayed for Yovovi for two hours. Nothing happened. Finally they sent Ayawa and Yovovi home and said they would come to her after church. Ayawa took Yovovi home. She didn’t know if the pastor would keep his word.

But later that day, the pastor came. He was not alone. He had brought several people from his church. He told Ayawa, “These are prayer intercessors. They will pray for Yovovi.” All the Christians gathered around Yovovi and began to pray. The pastor prayed. His wife prayed. The intercessors prayed. They prayed for four hours. Then they went home.

At 8:00 that evening, Ayawa was surprised to see the pastor and the intercessors returning. Again they prayed for Yovovi. They prayed for four more hours. At midnight, they were too tired to continue, so they went home.

The next morning, Ayawa took Yovovi to the pastor’s house. “Look!” she saidexcitedly. “Look! My daughter can see! She is healed!” “Praise God!” the pastor said. Ayawa then grew quiet. She said to the pastor, “I don’t want my daughter to live the kind of life I live. Please pray for her to become a Christian.”

The pastor led Yovovi in a prayer, and Yovovi prayed along with him and gave her heart to Jesus. Then the pastor said to Ayawa, “Let me pray for you as well, so that you can become a Christian.”

Ayawa allowed the pastor to pray for her, but she did not pray along. She just listened as he prayed.

Yovovi has grown in the Lord. To this day she is active in the church and learning what it means to walk with the Lord daily. She is also studying to become a seamstress. Her mother, Ayawa, has not left her practice of witchcraft, but she is happy that her daughter has found peace. Yovovi and the church are praying for Ayawa’s salvation.

Information for this story was provided by missionary Bernie Smith and is used with permission from Assemblies of God World Missions. 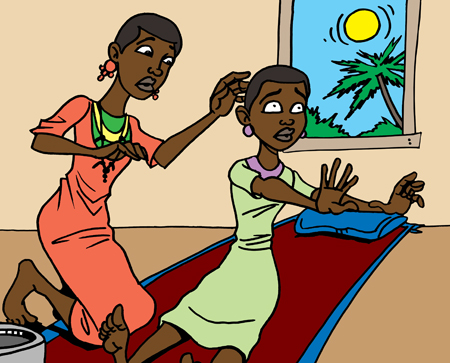 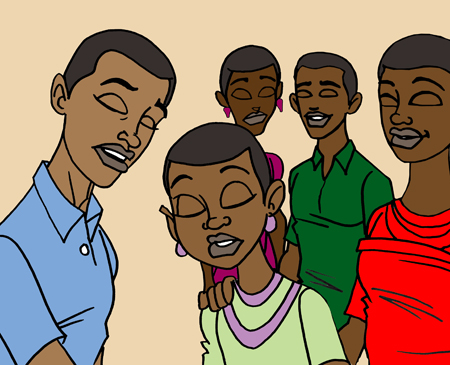 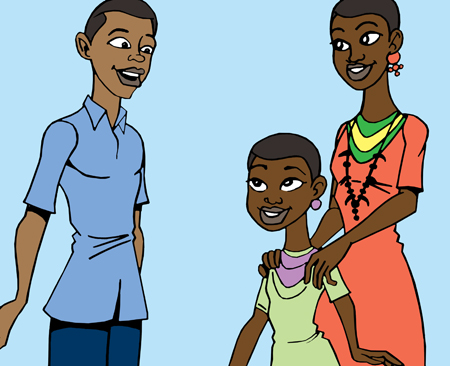